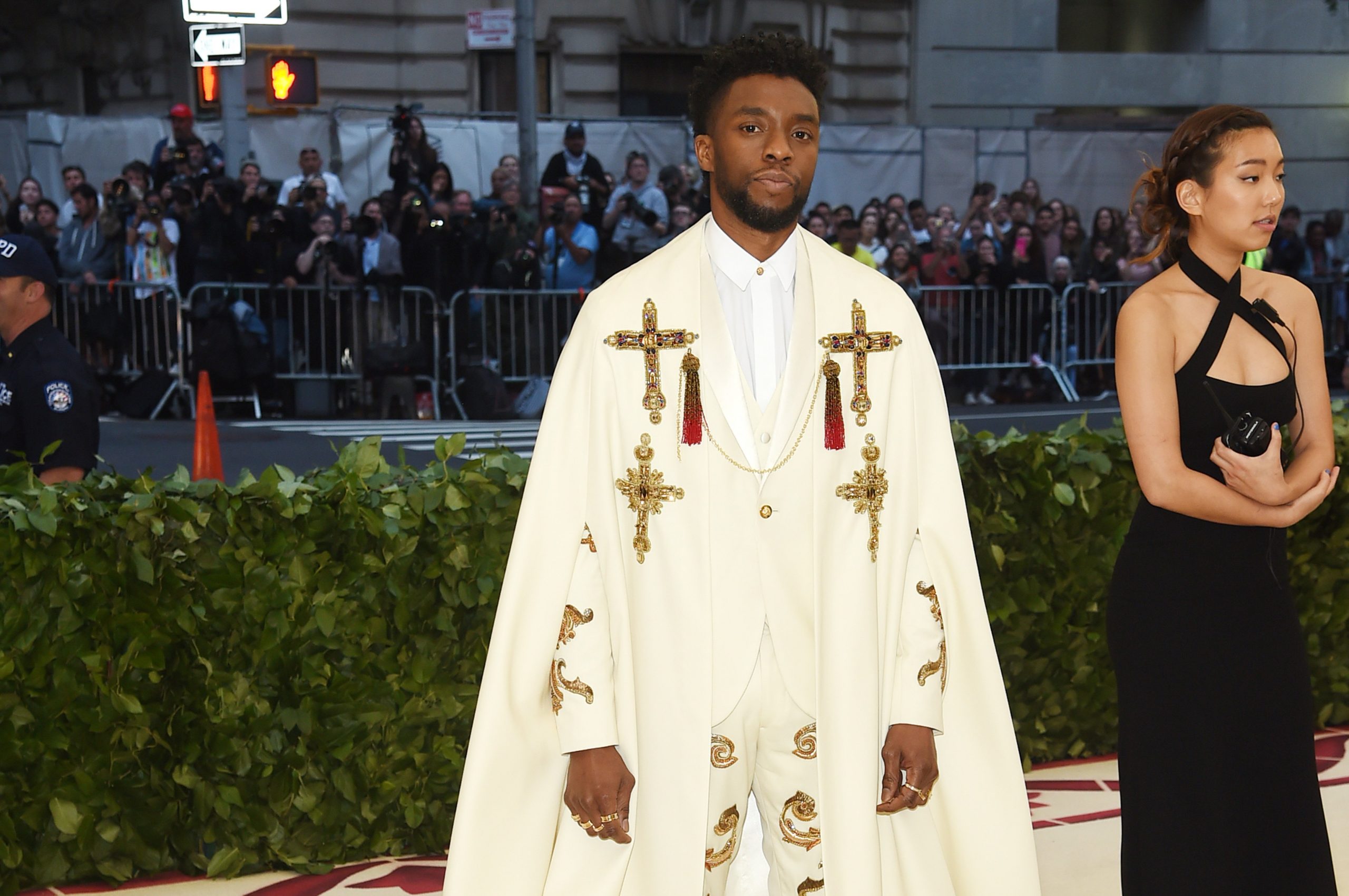 On May 7th the Met Gala was hosted in New York City. If you’re unfamiliar with this event it’s basically the biggest night for fashion and style anywhere. Officially, the Met Gala is a fundraising night to raise money for the Costume Institute at the Met. Unofficially, it’s a night where the best designers in the world dress some of society’s most influential people for a red carpet event that’s nothing short of stunning. This year even featured a surprise performance by Madonna which people seem to have collectively decided was awesome. Here are our best-dressed men from this year’s gala:

The star of Black Panther, Get On Up, Marshall, and 42 has become known for playing iconic characters. His Versace outfit featured a white cape, white suit, and gold shoes with enough splendor to make you think you were having a religious experience. With the red and gold embellishments and tassels, Boseman looks like the icon he has become in the eyes of many. While this isn’t a look you can wear for any occasion, it’s perfect for the evening’s theme. It certainly fits with Boseman’s ability to take fashion risks confidently. Where the rest of us would flounder in an outfit like this, Boseman wears it like only he can.

It seems the cast of Black Panther was killing it that night because Michael B. Jordan looked amazing as well. Wearing an outfit by Off-White, Jordan looks trim, tailored, and slick. The combination of the pinstripe and unique details make this an outfit that’s hard to look away from. While other guests on the red carpet had elaborate and embellished clothes, this deceptively simple look stole the spotlight.

While Donald Glover’s custom Gucci suit looks great from the front, the real surprise is on the back. The gold embroidered pyramid references Christian imagery but also alludes to the imagery of secret societies which makes it the perfect symbol for a surprise fashion reveal. The purple suit seems to be a favorite of Glover’s because he wore a more vibrant tone of it recently at the Emmys. He’s right to keep using that color because it looks great on him.

United Airlines Is Winning Customers Back By Dropping Change Fees

Are you thinking of planning a trip, but are worried about the virus and other issues that may arise? Well,...