Jonathan Feinberg of Givenchy once stated, “The way men are actually dressing — especially if they’re spending time in tech startups or professional environments outside of New York City — is sneakers, backpacks, T-shirts and sweatshirts.”

If you watch Silicon Valley, you have somewhat of an idea how people who work for those startups dress—especially men. To add, imagine a day in the life of Big Bang Theory’s Sheldon, or more realistically, Mark Zuckerberg. These people, fictional or not, can give you ideas of how casual wear is streamlined today in 2019.

In Silicon Valley people may deem it unthinkable that insiders are not “into fashion”. But go figure, you’d be surprised! Between designers, venture capitalists, entrepreneurs and product developers, all of them have “uniforms”. According to Marketplace, you can detect who is who based on what they wear. In this juncture, the jeans, hoodies and sneakers can give away the idea that a person is an engineer.

As a marker, some wear casual clothing instead of business attire to signify that being in the Valley doesn’t mean all the glam and posh clouds the ego. As we’ve researched, thus far, dressing down can be a means to curb feeling inflated of one’s successes and proves humility takes the crown for these innovators.

Casual aside, going up the ladder to huge names in the tech industry doesn’t mean dressing like everyone else. Many tech founders have developed their own personal style. For high profile CEOs, some go for tucked long sleeves, while others prefer plain shirts. Some go layered and a whole plethora of these looks are up in the air. As for the ladies, most wear high end shift dresses and designer ensembles for their work day. Different preferences circumnavigate the C-suite individuals manning huge companies in Silicon Valley. But whatever role they may have, what they wear still has that comfort factor.

Because of the extensiveness of technology and its effect on society, Silicon Valley built a culture that branched out its essence. And when I say essence, not only in pop culture does it immerse into, but also in the fashion universe. Many in the fashion world aren’t sure if they should take it lightly and treat it as folly. And as a millennial, new fashion designers have mixed clothing wear with integrating technology. The complementing add-ons and uniqueness seem to reinvent the wheel somehow. And if you’re doubting it, there was a fashion event that sold out all 1200 seats!

What do you think about style in Silicon Valley? Let us know down in the comments.

What is Our Cover Model Wearing?

Romance In The Workplace And Work In The Home-Place

Five One-of-a-Kind Hotels For Your Next Holiday

Marion Solon is the founder and creative director of Philippine based womenswear label and design agency, MS-FDS. 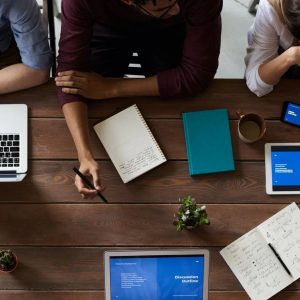 Listen to this article now Every leader knows that one of the sure-fire ways to maintain the success of a...