If you happen to look at women’s clothing these days, they’re loaded with pockets. To a man, this may not mean much. Hell, pockets have been around forever, you might think. But in reality, the story of pockets and its war in history, given its due and perfunctory significance, has been widely debated, studied, and criticized. It’s a story that has been washed out of history books ever since their conception in the 17th century.

History of Pockets in Clothing

Prior to the 17th century, pockets were non-existent. If we trace back to its roots, a revolutionary event took place that might not be important for world diplomats, but to the fashion scene, it hit a nerve—especially for women. In those days, pockets had found their way into men’s jackets and pants, but not women’s clothing. Makeshift pockets were business as usual. You had a gown worn by the girl, an accompanying petticoat (skirt), next would be the pockets, followed by an under-petticoat, and then by the shift (a knee-length, loose-fitting garment of white linen). It was said that, upon record, sometimes women wore more than 6 layers of shifts beneath a dress at a time!

Later on, pockets attached with small belts or strings were made to ease the issue. By the 18th century, adding slits in between the construction of the pockets allowed better access. This meant women would have to dig through slits in their dresses just to reach their belongings.

Furthermore, the 19th century didn’t quite favor pockets because dresses with slim fit silhouettes left no room for bulging or protruding pouches. Pockets evolved into what are known as reticules (small purses for women to place personal items, such as mirrors, cakes, money, and snuffboxes). Women filed court cases due to increasing pick pocket activities and there have been countless records of this occurring ever since.

By the 20th century, skinny jeans were a rave. But wearing them without pockets was more appealing to the public because they looked skinnier and bulkier without them. In modern day, women are amazed to find pockets underneath their dresses and now they are as ubiquitous as Facebook accounts.

In an extensive study done by Jan Diehm and Amber Thomas, they measured the pockets of eighty 32-inch waist pants throughout stores in New York, Seattle, and Nashville. They checked the style, fit, and functionality for objects that could be carried by both men and women. The results had gender equality squabbles written all over them. As stated, “On average, the pockets in women’s jeans are 48% shorter and 6.5% narrower than men’s pockets.” And to a degree, it expounds on the reason why men have never had to worry about lack of pocket space.

In their most primitive use, pockets are receptacles for women and men to place their personal belongings. However, in their own way, they have shone light on gender politics through stories of frustration, classist discrimination, and the struggle for equality that women still face today. Though seemingly minuscule, the history of pockets is not one that should be taken for granted.

What do you think about the history of pockets in clothing? Let us know down in the comments.

A Brief History of Opioids in America

Can Casual Doping Make You A Better Athlete?

Marion Solon is the founder and creative director of Philippine based womenswear label and design agency, MS-FDS. 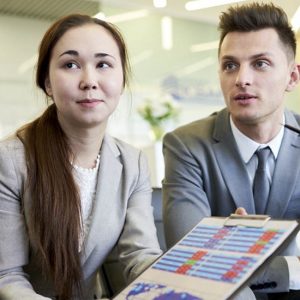 How To Conduct Performance Reviews In 2020 & Boost Company Culture

Listen to this article now Performance reviews often get a bad rap. Employees dread them, and leaders hate giving them....