There are a lot of negative connotations attached to the word millennials. You’ve probably heard that they’re lazy, self-centered, and are killing mayo. I can already hear some of you grinding your teeth at the thought. But before you do that, first we need to understand how different generations are defined.

Contents
Millennials Are LazyThey Still Live with Their ParentsThey Only Care About ThemselvesAre They Glued to Smartphones?They Learned it from Watching YouMillennials are the Most Diverse Generation

No. They’re not. According to a study at LiveCareer, the top three jobs for millennials are as follows. Bartenders at 60%, veterinary assistants at 59% and waiters/waitresses at 56.4%. EMTs and paramedics also made the #8 position coming in at 49.8%.

If you go through the list, you can see millennials are the ones serving you food and drinks at restaurants, drawing your blood at physicians offices, and responding first to emergency calls. These are highly stressful positions. With the unemployment rate dropping to 3.7%, millennials are the largest generation currently in the workforce.

They Still Live with Their Parents

True. But not why you think. The majority of millennials are the children of immigrants. According to Nielsen, 63% of millennials feel it’s their responsibility to look after their elders. Multi-generational households are common in Hispanic and Asian cultures where grandparents are a core part of the family. In 2010, 31% of millennials lived with their parents while 36% relied on them for financial support. This result is a combination of cultural expectations and increasing student debt.

Millennials are the most educated generation yet. A 2017 study shows that 29% of men and 36% of women hold bachelor’s degrees. However, the economy is still recovering. Baby boomers are retiring much later, making it difficult for younger generations to receive higher-paying positions. Millennials are forced to opt for minimum wage jobs, despite obtaining expensive degrees.

They Only Care About Themselves

Being the first generation to grow up with rapidly advancing technology, millennials learned to adapt. When social media exploded in the late 2000s, everything became a popularity contest. It no longer mattered if you had a handful of good friends. You were ranked by how many likes you received. However, in spite of societal pressure, millennials are not narcissistic.

Millennials care about what’s happening in the world around them. Compared to Gen X, who were notoriously apathetic, millennials choose to act for causes they believe in. 71% of millennials raised money for non-profit organizations while 51% do volunteer work. These statistics are higher than any other generation before. They believe in defending other cultures because diversity is in their DNA. Prior to the internet, the only way we were exposed to other cultures is how they were portrayed in the media. Now that we have easier access to travel and can connect with people around the world, we’re learning that previous stereotypes are not true. It’s not arguing just for the sake of arguing. Standing up for other cultures is a matter of respect.

Are They Glued to Smartphones?

Yes, but they are still social. Because millennials grew up as the technology was still taking off, they learned how to function independently of smartphones. They still played outside, went to malls with friends, and talked on landlines. Now when they go out with friends, they document their experiences online.

Kids born after 1995 are known as Generation Z. This generation has never known a world without easy access to technology. According to Jean Twenge, a social psychologist, teens nowadays are more comfortable staying in their rooms. They use apps like Snapchat to stay connected and are less likely to date. Twenges’ studies found that only 56% of high school seniors dated compared to 85% of Gen X and baby boomers. They are also responsible for creating infamous internet challenges and don’t know how to work rotary phones. Gen Z is too often wrongly lumped together with millennials, sparking a lot of that animosity one might feel towards them.

They Learned it from Watching You

Millennials are a product of everything the generations before them have fought for. According to an article in the LA Times, baby boomers were less religiously inclined than their parents and more liberal on issues regarding race, sexuality, and gender. They expressed freedom of individuality as hippies back in the 60s and challenged authority by blaring punk and rock music in the 70s.

But a funny thing happened in the 1980s. As boomers grew older, they got higher paying jobs and began reevaluating their priorities. Suddenly, the radical change they valued in youth was a problem. The only way they could hold on to what they had was by becoming more conservative. Millennials have learned from them. They recognize the successes and mistakes made by previous generations and are using them to make a better future.

Millennials are the Most Diverse Generation

The blending of cultures is a beautiful thing. When one culture has full respect for another, it leads to magnificent outcomes. Baby boomers fought for equal rights. GenXers grew up in integrated schools. Now millennials are the most bi-lingual generation today. No longer is it the American dream to have a white picket house in the suburbs. Millennials choose to live in urban communities so they can embrace other cultures.

So why should you be thanking millennials? Because they’re hard-working, tech-savvy, and more connected to the world than generations before them. They know you think they’re entitled, but they’ll still gladly serve you at your favorite restaurant for minimum wage while you grumble at them. Going forward, millennials will continue to bring much needed respect to other cultures, just like the generations before them strived to achieve. 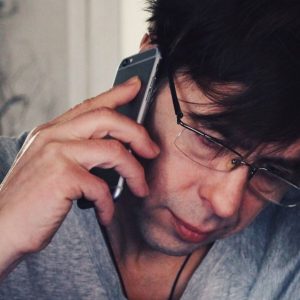 3 Negative Effects Of All Work & No Play: How Chronic Stress Is Harming You

Listed below are three ways chronic stress could be harming your body. You may be familiar with a few of...