Really, Gorman has had an upward trajectory. Born to a single mother, Gorman noted that she grew up with limited TV access. Still, she found joy in reading and writing, with encouragement from her mother. Eventually, this hobby turned into a craft that would land her coveted spots at the 59th Presidential Inauguration and Super Bowl 55.

These were historical moments signaling the start of a promising career for the young poet. Moreover, they symbolized progress—to a certain extent. Alas, she makes these historical moves amid a backdrop of racial injustice, which Gorman is no stranger to.

Amanda Gorman The Next Great Activist

On March 5, she shared a tweet and Instagram post highlighting an incident that had happened. According to Gorman, she was followed home by a security guard who demanded to know if she lived in her residence because she “looked suspicious.” After experiencing this racial profiling, Gorman took to social media to share her thoughts about what occurred. In a tweet, she wrote, “This is the reality of black girls: One day you’re called an icon, the next day, a threat.”

On the one hand, Black culture has molded the face of the America many have come to know and love. On the other, Black people and Black women in particular, are oppressed in America. In her poetry, Gorman addresses marginalization as it affects many groups of people. Her poem, “In This Place (An American Lyric),” talks about America’s reckoning with itself. She states:

There’s a poem in Charlottesville
Where tiki torches string a ring of flame
Tight round the wrist of night
Where men so white they gleam blue—
Seem like statues
Where men heap that long wax burning
Ever higher
Where Heather Heyer
Blooms forever in a meadow of resistance.

“All Art is Political”

However, Gorman’s activism is not just limited to her poetry. She has taken action in other ways as well. For example, she started a non-profit organization called One Pen One Page that promotes youth literacy. Additionally, she gave a Ted Talk about how using your voice is a political choice.

This sentiment is reminiscent of a line in the recent movie about the Chairman of the Illinois Chapter of the Black Panther Party. In the movie, the actress portraying the mother of Fred Hampton’s son tells the Chairman that he was a poet. Gorman notes, “Poetry is always at the pulse of the most dangerous and the most daring questions that a nation or a world might face.”

So, undeniably, Gorman’s poetry is political. She was inspired to make a difference after listening to a speech by Nobel Prize Laureate and activist Malala Yousafzai. Afterward, Gorman became a youth delegate for the United Nations. However, Gorman’s aspirations do not stop there. She expressed interest in running for President in 2036, which gained an endorsement from former Secretary of State Hillary Clinton.

Following her inauguration performance, Gorman earned a modeling contract and has two books published in 2021. The first book, The Hill We Climb and Other Poems, includes the poem Gorman performed at the inauguration as well as related pieces. The second novel, Change Sings: A Children’s Anthem, is a children’s book about sparking change. As her career takes off, Gorman may just become the next big poet and activist of our generation.

What do you think of Amanda Gorman’s rising voice? Let us know down in the comments.

Chegg Is Becoming The Gateway To Cheating…And Here’s How 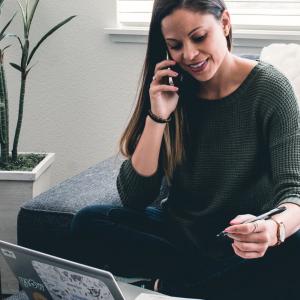 Listen to this article now As many areas have lifted their stay-at-home orders amid the coronavirus outbreak, some employees may...