I was raised by a single mother and two amazing grandparents who lived down the street. My grandfather was a retired United States Marine who worked a civil service job after doing his 20 years. My grandmother raised her family then helped raise me. She worked part time as a waitress for what she called pocket change and split her hobby time between sewing clothes for all of the grandkids and being a photographer. They were amazing and a big help to my mother. They were also highly functioning, binge drinking alcoholics.

In my grandmother’s eyes, my grandfather only drank to ease his chronic neck pain from an injury he sustained fighting in the war and she only drank with him so he didn’t feel alone. As a teenager it seemed so normal and logical. After all I had seen alcoholics on TV. They were losers, and either blew all their money on partying or didn’t work. Some abused their kids, cheated on their wives, were always the no-show at their kids sporting events or family gatherings, and some did all the above.

So my grandparents weren’t alcoholics, they didn’t fit the mold on what they considered an alcoholic, and they certainly weren’t any of those things in my eyes either. Well—with the exception of binge drinking an entire bottle of whiskey every time they just were going to have “a drink” to get through some stressful event, or their arguing behind closed doors when the bottle was empty. Or the time my grandfather went missing for 36 hours only to return with a gun and Pepsi cans in the car that had all the ingredients written in Spanish mumbling about killing someone. But then, just like clicking a light switch, the next day everything was back to normal like nothing happened. Back to work, back to keeping the house immaculate, back to going to church on Sundays, back to functioning or as the definition states, back to fulfilling the purpose and operating in a proper way.

It wasn’t until I got older I heard the term functioning alcoholic that I came to the realization that despite all of their denial and countless examples of why they weren’t alcoholics, that they were in fact, alcoholics. Both of my grandparents have been deceased for over a decade so it wasn’t until recently that I was reminded about those years of my childhood. But it wasn’t because of friends I had that were in denial about their alcoholism, it was because of their denial about their racism that I saw surfacing after Donald Trump was elected President in 2016.

I grew up in Fallbrook where we were known for being the avocado capital of the world and the hometown of white supremacist Tom Metzger and his son John who famously got into a brawl on The Geraldo Rivera Show in the 80’s. So, just as I had an image of what an alcoholic was, I had a living and breathing example of what a racist was and my friends were certainly not anything like that guy. I remember in the eighth grade John sitting behind me in science class showing off a new ring that he got for joining his Dad’s “club”. It was silver with a weird hood over a skull. He was so blatant about his beliefs starting a youth group for white nationalist at 12 years old. But not my friends, they didn’t belong to that group or hang out with John.

These are people I have known since I was a teenager; friends that I know have hooked up with—guys and girls of different races, friends that I made fun of John with, friends that I used to cruise in my lowered truck with while we bumped NWA’s “F— the Police” with. These were friends that grew up and built careers and raised families and others that took a little longer to leave the party and grow up. And a small handful that even did time before they got it together. And in that same similar fashion of binge drinking triggered by an event, the death of George Floyd and the protests that followed, triggered their racism that I never saw simmering under the surface.

They fought with others on social media the way my grandparents fought behind closed doors; stable and respectful one minute, then babbling about their incoherent point of views and conspiracy theories the next. They justified their disease with terms like “I have Mexican cousins, how can I be a racist” reminding me of the days my grandfather would say “I go to work every day, how can I be an alcoholic”.  They justify racial injustice or police abusing their power with statements like, “If he just would have complied he would not have gotten shot”, just like my grandmother would try to excuse her swollen cheek the next day and say “I shouldn’t have pushed his buttons and just let him be” The similarities are striking.

These last four years since Trump has been in office I have now seen behind their closed doors and realize that just like I had functioning alcoholic grandparents I have functioning racist childhood friends. Neither fit the daily mold of what most would consider a drunk or a racist, but the symptoms of their disease have been consistently undeniable these last four years and if we don’t get a new president they will likely continue. As someone who has been extremely vocal about racism and putting an end to police brutality I can tell you that this is a hard pill to swallow. But just like alcoholism, the first step to beating the disease is admitting you have a problem and for family and friends to stop being enablers. An alcoholic can change, but they have to want to change and the same goes for a functioning racist.

2020 Election’s Effect on the Racial Divide

As I am writing this the day before the 2020 Election I am aware that Trump may be re-elected and many of you like me will have some tough choices to make with friends. While I do not believe friendships need to end because of who we vote for, when that vote supports inequality you need to decide if you continue to allow that energy in your life. Some will still not accept they are functioning racist because they’re not running around in a Klan robe and will accuse you of over reacting just like a functioning alcoholic would.

These are my childhood friends and I love them, but silence is compliance. It is enabling a belief that we truly are not one nation full of diversity and indivisible. You simply cannot say you support LGBT rights and then vote for someone who has made a career trying to end them. And just like with someone you love being an alcoholic, this is not you ending a friendship; this is you setting a boundary for your well being instead of spending the next four years doing your co-dependent dance trying to fix them. If nothing else, I have learned these last four years you cannot fix people, nor is it your job. As for me, I don’t know if my childhood friends will ever see their racism or if they will just continue to be fully functional and in denial, but I truly believe that functioning racism is a disease like being a functioning alcoholic and should be approached the same way. So as they say in AA, Nothing changes if nothing changes.

What are your thoughts on the repercussions of functioning racism? Let us know down in the comments.

Twitter Is Flagging Misleading Information Just in Time For The Election

Outdoor Restaurants Are Taking Control Of This Pandemic 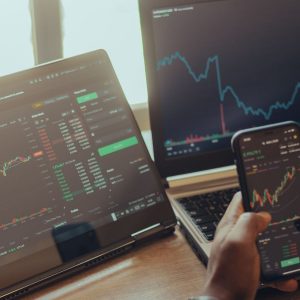 Is eToro As Trustworthy As They Say?

Listen to this article now eToro was established in January 2007 by a group of businesspeople with the vision of...