The ongoing COVID-19 pandemic substantially rearranged countless sectors of everyday life. From having to learn the ins-and-outs of Zoom meetings to adjusting to a socially distant lifestyle, no one would argue that the times are simple. However, the virus has devastated the economy. March/April of 2020 saw the loss of 20 million jobs, resulting in an unemployment rate of 14.8%. As of September 2021, the country is still struggling to reach pre-pandemic levels: 5 million jobs remain lost, and the unemployment rate is a staggering 5.7% compared to 3.6% in January 2020.

Even as the economy recovers with 10.1 million job openings in June 2021, 8.7 million Americans remain unemployed. What is the cause of such a disparity? Why does supply exceed demand when employers are reportedly offering increased wages and benefits? The simple solution is to blame unemployment payments, but the answer is much more complex than mere laziness. The aftermath of the pandemic initiated a great reassessment of the working class in the labor market.

Despite the resurfacing of pre-COVID lives, the pandemic remains very much relevant. With the recent resurgence of cases and the Delta variant, some fear going back to in-person jobs. Immunocompromised individuals, whether they are vaccinated or not, still face a great risk. Those who have young children in which the vaccine is not yet available also fear infecting them. Also, for working parents sending their kids back to school, who is going to watch them if/when there is a COVID-19 breakout that shuts down the school?

Furthermore, there are those who remain unvaccinated. Such individuals are being fired for noncompliance to private company rules. Others have left their jobs because they were afraid of the virus and have yet to reenter the workforce. Finally and unfortunately, more than 714k people have died from the virus which leaves tons of job openings in front-line industries.

The issue of a messy labor market gets more complicated when looking at what industries have the most job openings vs. where people want to work. There seems to be a reassessment of employment in the United States and thus a fundamental mismatch. U.S. workers are reassessing where they want to work and finding value in the “you only live once” mentality. Workers have realized that their current jobs are not what they want to do for the rest of their lives and would rather spend their energy elsewhere. This reflects in the rate of resignations – 13% – which is higher than ever. Lots of people want to turn away from retail, restaurant, manufacturing, and other front-line jobs. However, such front-line jobs are the industries with the highest number of openings while more desirable jobs have less openings.

For example, in leisure and hospitality, 70% of job seekers are looking for work in a different industry and nearly 31% did not want to return to their old jobs. Employers are ramping up qualifications for higher-paid jobs too, making it more difficult for less-experienced people. On the other hand, some jobs have more openings than the workers they had pre-pandemic. For example, pre-COVID, the wholesale and retail trade industry had 1.2 million workers. As of June, there are 1.5 million openings. Such jobs are falling short in finding enough qualified workers.

Next, workers changed their working preferences (pursuing remote work). The economy also shifted and created jobs that are not in places where most qualified individuals live. No doubt, extended unemployment benefits have allowed people to be pickier and put more thought into their next paycheck.

Of course, those on the frontlines – retail, manufacturing, healthcare, school, etc. – are exhausted. From constantly facing exposure to COVID-19 to dealing with enforcing mask mandates on non-compliant, angry customers, those in food service and retail industries are fed-up. Healthcare workers are traumatized from tending to full ICUs and watching patients say goodbye on FaceTime. Educators have had to jump through hoops to educate through the pandemic. In fact, as of April 2021, essential workers accounted for 87% of COVID deaths. What worsens the problem is that such workers received little compensation besides a short-term wage bump or a corporate pizza party. According to a survey of food-workers by University of California, Berkeley, 75% of the respondents said that low wages was the main reason they quit their jobs during the pandemic. Furthermore, 2/3 critical care nursed have considered quitting due to COVID-19. Workers are tired.

It would be uneducated to address the influence increased unemployment benefits have had on the labor market. There are some who do not want to go back to work because they are making more on unemployment than they did at their jobs. Who would want to return to work if you’re getting paid more? Why would someone want to go back to a barely survivable income? Unemployed low-wage workers were finally getting out of the financial holes they were in since they made more.

Putting It All Together

Low-wage, fed-up workers are revolutionizing the workplace and no longer accepting starvation wages or corporate/customer mistreatment. Therefore, fast-food places are offering incentives from $2–3 wage increases to pet insurance. However, workers are looking for better healthcare, higher wages, increased vacation time, and actual employment of worker’s rights. The pandemic gave people the free time to think about their value and what they want from lives.

All over social media, especially Twitter, there have been posts showcasing mass resignations at places such as Wendy’s that shut down the business completely. This is a recent event. Are these resignations in reaction to the post-COVID worker’s reassessment?

There is no single answer to why there are so many job openings but no one to fill them. As extra unemployment benefits are recently expired and a brimming worker’s revolution, there is no telling what may happen next.

What do you believe is the cause of rising unemployment despite record job openings? Let us know down in the comments.

Is Tiny Home Village A Good Solution For The Homeless In Los Angeles?

Faith is an aspiring writer of both fiction and non-fiction. Raised in rural Southern Illinois, she finds herself interested in the lives of the underrepresented and often uses her love of words to encourage and vocalize those who grew up like her. She also enjoys politics, reading, and movies. Faith is currently a student of English and Journalism at the University of Illinois and plans to pursue a career in writing, journalism, and media production. She is excited to begin her career in journalism by contributing to GREY Journal. 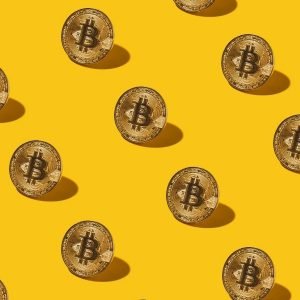 Kraken Cryptocurrency, Bringing Competition in the US

Listen to this article now So, what’s Kraken? Not the hockey team or any kind of rum. Kraken is a...