What is an Influencer?

What is an Entrepreneur?

Why Are Influencers and Entrepreneurs the Same?

For starters, how they market their products is very similar. Promoting on social media is a given now since it’s all anybody does when they have a product. But the promotion of the product is very similar in the case of both parties. With influencers, when they have a product out they know who their target demographic is: their fans. For entrepreneurs, when their product is out, they already know whether or not it’s going to work since their business is already directed towards a certain demographic. But what if the influencer in question is already an entrepreneur?

Well, when the influencer is the entrepreneur, they choose to promote the product on their own accounts as opposed to promoting on a business account or for another brand. Since their priority is their brand, they choose their own business before others as their products come first for them. Both influencers and entrepreneurs know what works for them and their business by marketing it to and for the consumer audience both online and offline. Using their customers as an influencer to their brand actually helps generate more sale and revenue for the marketing of the company. Whether you’re a social media personality or a big entrepreneur, it is possible to become both within the world of the internet.

Both influencers and entrepreneurs contribute to the world of business but in different ways. Since the birth of social media, not only are they able to sell their product, but also market their brand on the internet and sell the fantasy of the influencer/entrepreneur using said product. Now that you know about influencers and entrepreneurs, don’t be surprised the next time you see a social media personality selling their brand on the internet. They just might be creating the next big business.

What do you think about influencers and entrepreneurs being the same person? Let us know in the comments below.

5 Reasons To Invest In Korean Skincare 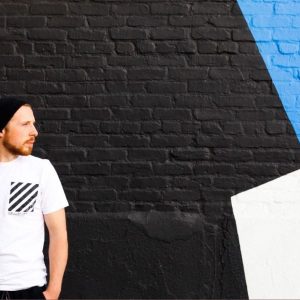 Why Antoni Porowski Is Our Style Icon

You already know that Queer Eye's food expert, Antoni Porowski, keeps it hot in the kitchen, but did you know...