The first thing you may notice about Hasan Minhaj is his energy. Charismatic and lively, his jokes almost leap from the screen as he paces and zings around the set of his Netflix original show. No sidekick, no desk, not even a stool: just you, Minhaj, a studio audience, and some of the smartest 24 minutes of political comedy on TV today.

In These Times We All Need a Laugh

It is called Patriot Act with Hasan Minhaj and it represents the new line of topical entertainment catered to liberal, socially aware Millennials. But trust me, this isn’t a tame TED Talk with laughs, Minhaj pulls some serious punches and monster jokes on the likes of everything from America’s failing public transportation system, the Koch brothers, to hell, even kids playing Fortnite.

A New Talk Show for a New Era

The difference between Patriot Act and other news shows is the program’s episodic approach to covering current issues. Much like Adam Ruins Everything, Patriot Act explores a new politically relevant topic per 20-minute episode. This makes the show perfect to watch on a lunch break or binge on the weekend. The result is a focused, well-researched commentary with plenty of humor to spare.

Minhaj who is Indian American, appeals to young Americans’ preference to racially diverse media. He has the nerdy charisma of Aziz Ansari coupled with the sharp, satirical deadpan of Stephen Colbert.

Commentary with Bite, News with Hope

Patriot Act gives a critical look into the condition of the world today. Whether he is speaking on race, the economy, or climate change, Minhaj remains optimistic. He often reminds his fellow Millennials how they are a resilient generation that has the chance to change the world for the better. It’s a bit like watching a Vice documentary or the nightly news without having to feel completely depressed afterwards.

Minhaj is not afraid to drop some truth on his show either. An episode where Minhaj criticized Saudi Arabia for assassinating journalist Jamal Khashoggi was banned by the Saudis in October 2018. The Salman’s attempt to silence the show in his own country ironically made it a trending topic. Minhaj dismissed the fiasco with a scoff, calling it something to be expected from a guy who got his job from his dad.

It was a watershed moment for the show. Minhaj, a modern Millennial Muslim, stood his ground and pretty much gave a theocratic Islamic government the what for. Unlike other TV hosts who shy away from politics, Minhaj isn’t afraid to speak truth to power, but who knew that it could also be so damn hilarious?

What do you think about how Hasan Minhaj is impacting culture today? Let us know down in the comments.

The Entrepreneur Empowering Women Since She Was 17

Eric Gasa is a freelance writer from St. Louis, Mo. His main focus is on music journalism, political news, and cultural criticism. He has an A.A. in creative writing and has interviewed everyone from MMA fighters to the guy who brought you the Pitch Perfect soundtrack. 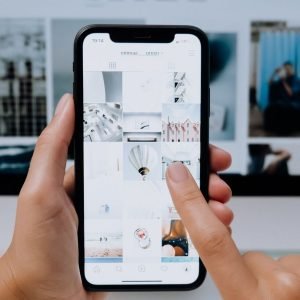