Leisure travel and tourism both domestically and internationally have made a significant comeback, with many destinations posting near to exceeding pre-pandemic inbound tourism levels. Even business tourism is showing signs of resilient growth, pointing to a healthy future. However, today’s strategic tactical marketing plans must plant the seeds of future sustainability and growth of capacity to serve future market demand and market share. This is where an earnest inclusion of authentic community tourism micro-branding, beyond the so-called tourist traps can be very beneficial.

Depending on the destination, community tourism can take many forms:

With the exception of Safari tourism in some nations of Africa, remote village tourism to visit authentic indigenous tribes is available in nations on most continents. Immersive ecological tourism is widely accessible in nations like Brasil, Panama, and Costa Rica; as well as nations in Africa, Asia, and Oceania. However, most of this community tourism survives and in some cases thrives with no help from the government’s tourism Destination Marketing Organizations.

Tanzania, with a very hands-on tourism-focused lady president, has recently decided to, believe it or not, promote endangered species hunting safaris, like right out of a Tarzan movie. This is because the president likes the role of being Tourism Minister; as opposed to utilizing professional expertise, to craft authentic community tourism and micro branding strategies. I should know, my proposal was totally ignored.

Chicago for instance, has most likely the most robust spring, summer + fall neighborhood culture, music, food, and shopping festival scene in the world. The city government nowadays does little to nothing to promote the neighborhood festivals, mostly because of the mindset of the previous and current mayoral administrations, who have no concern about non-lakefront community prosperity. If you visit Choose Chicago’s website you will see:

Many of Chicago’x AfricanX, LatinX, South Asian, and East Asian communities have community festivals; some with resilient shopping and dining districts. However, you will not find most of them promoted on the Visit Illinois or the Choose Chicago websites.

Salvador de Bahia, Brasil once had a Director of Afro Tourism marketing, Billy Acquimimo, which made a lot of sense, due to Salvador being the most important seat of authentic Afrocentric culture between the Atlantic and Pacific oceans. At one time the Bale Folclorico La Sengal, spent time in Salvador, so its dancers could learn some of the traditional cultural dances and movements of pre-colonial northwest Africa. Communities in Salvador under the efforts of that past Afro Tourism marketing director thrived with steady patronage of foreign tourists visiting capoeira and samba escolas, the Pelourinho arts and culture district, and the massive neighborhood Samba Show and dining clubs. The places I visited, the experiences I had, and the things I learned in the communities of Bahai de Brasil, are worth gold to me.

Salvador tourism, being managed by Euro-Brasilians, stopped the promotion of such community tourism, long before the pandemic. Some Afro-Brazilian institutions, such as the world-renowned Dada’s Restaurant, which nearly closed, in the heart of the Pelourinho district, faced very uncertain futures. Salvador tourism now promotes the ornate churches, hippie village, central dining complete with very aggressive and relentless beggars, motor coach tours, and centralized shopping; you know things that Europeans love and would promote.

Without the potential revenue which could be infused into neglected communities in popular tourism destinations, worldwide, the results are not good.

The intermediate and even more so, long future sustainability and growth of inbound domestic and international tourism market share will require government DMOs, to think and market beyond the centralized hotel/resort. Dining, shopping, and entertainment zones.

Let’s talk capacity. If Destinations are to realize the objectives of their marketing objectives, then year-over-year inbound tourism growth will eventually exceed the capacities of the planned and promoted tourism accommodations, assets, infrastructure, and workforce. However, if a sincerely adequate and sustained investment and effort of expertise and marketing resources were to be invested into the disenfranchised neighborhoods, communities, and refugee encampments eventually there will be additional tourism engagement capacity to help maintain sustained growth in inbound tourism. After all, even megalithic tourism traps like Chicago’s Navy Pier and all of its museums and lakefront have legal public safety capacity limits.

The other implication is as community tourism assets are developed, job creation will begin to mitigate the rising tide of mostly teenagers and young adult-generated crime against tourists and locals. I am not saying the mitigation will occur overnight, but I am suggesting one decade is all it will take to turn around the proliferation of such crime. Chicago’s current and especially previous mayoral administration, totally disenfranchised a generation of AfricanX and LatinX youths, by stripping their neighborhoods of academic, financial, affordable housing, and mental and physical health resources, producing a current generation of lawless miscreants.

I would be remiss if I did not reiterate that there are many ready-to-receive, feed, entertain, and artisan community tourism assets, in which the investment for local government will be a bargain. This considering the added revenue which can be generated both for the communities but also for the destination governments also, considering the taxes which can be generated and the empowered communities’ increased self-sufficiency.

The good news is there are a host of entrepreneurs who have harnessed the power of the internet and its ever-loving social media to develop platforms that exist to help community tourism not only survive but also thrive. Airbnb originally fell into that category, however, it most certainly no longer does so. For every host doing well on Airbnb, there is at least one that ends up having their properties trashed if not totally destroyed, regardless of Airbnb policies against partying in host properties. At 1 am in the morning, who’s gonna stop it short of the police?

A Travel & Tourism industry pro, Jody Flowers, whose Flowers Hotel Group, has been helping small independent hotel and resort properties to fill up room inventory for years, has expanded her little empire to include media production for T&T brands and news media, via her Travellin Times Extra. However, most germeine to community tourism is the new venture, Melting Pot Food Tours, which is a platform wherein groups can book food experiences of many flavors, throughout the greater Los Angeles area.

A quote from the website says “Melting Pot Food Tours offers delicious food tourism throughout the LA Area that will indulge your taste buds and delight your senses! Whether you’re looking to explore the Original Farmers Market and the eclectic Third Street area of mid-city Los Angeles, discover the vibrant past of Old Passadena, or enjoy the fabulous special guided tour through Thai Town with celebrity Chef Jet Tila. Melting Pot Food Tours continues to add new Los Angeles food tours and events, so check back often for LA updates.

The individual food experiences singularly can reach an audience far beyond their own website and social media sphere of INfluence, by means of mission-driven promotions and booking platforms like Melting Pot Food Tours. There are many others with local to national to international reach and readership that help community tourism assets to, again survive and thrive.

All of the villages, neighborhoods, communities, festivals, entertainment, attractions, etc. outside of the designated tourism zones and traps, normally promoted by the government DMO, are essentially micro-brands that can be promoted along with a destination’s primary tourism micro-brand assets and or individually, considering the niche or affinity market being targeted.

In conclusion the investment in, development of, and marketing of community and neighborhood tourism assets by the government DMOs of the destination, in which they reside are at the least beneficial if not great for all concerned. Such investments and efforts  will help to:

Common Moving Problems And How To Avoid Them

The Truth Behind Severance Agreements 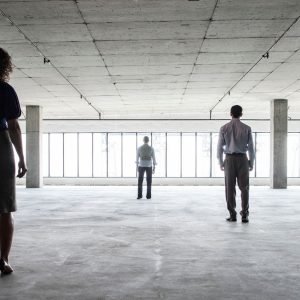 Should You Let Your Employees Work Remotely? An Honest Consideration

Some people feel that working from home means you have a lesser job like a side hustle or MLM. We...