Today, we observe Labor Day as a time to kick off the end of summer with barbecues and a three day weekend. However, it was originally intended as a day to celebrate the hard workers who fought to secure rights in the workplace. Peter McGuire has long been revered as the founder of Labor Day, but according to the U.S. Department of Labor, the foundation of this holiday may be credited to someone else—a man from New Jersey known as Matthew Maguire.

In the 18th century, the invention of steam-powered engines paved the way for the Industrial Revolution. As new machines were built for mass production, employment rates skyrocketed. However, the increase of steady work meant that laborers were losing more and more personal time. Men, women, and even children dedicated their lives to working assembly lines for low wages. By the late 19th century, they decided to band together by unionizing.

The First Labor Day was Held in Canada?

In 1872, 2,000 workers marched the streets of Toronto to protest Canada’s anti-union laws. By the time they reached their destination, their numbers had grown to 10,000. Prime Minister John A. Macdonald realized it would be a great political move to side with the workers and abolished anti-union laws with the Trade Union Act. The march then became an annual tradition to celebrate the victory of workers.

Meanwhile, in the United States, American workers were also fighting for their rights. In 1867, the Central Labor Union was founded in New York. One of its members was Peter McGuire, a carpenter and political activist, who had a part in various unions. In 1882, Peter was invited to Canada’s Labor Day celebration in Toronto. He was so impressed by their parade that he pitched the idea to the Central Labor Union, suggesting September 5th to fill the gap between July 4th and Thanksgiving. The Union agreed and thousands of laborers marched from City Hall to Union Square. After the parade, laborers also held rallies to vie for 8 hour work days.

However, recent documents suggest there’s more to the story. The same year Peter was organizing the parade, Matthew Maguire also proposed a celebration in honor of laborers. Matthew was a machinist from Paterson, NJ who led many strikes to combat long work hours. According to The Highwater Lowdown, laborers were working 12 hour shifts, 6 days a week for $2 a day. Needless to say, laborers were at the mercy of employers who could replace them in a heartbeat.

How Does Matthew Maguire Tie into Labor Day?

Matthew was the secretary for the Central Labor Union in 1882. As such, he was a prominent figure during the creation of American Labor Day. It’s documented that he called for all 56 labor unions in New York to gather for a parade as early as May 1882. So what’s the reason for Matthew’s mysterious absence in history books? According to The New Jersey Historical Society, it was his radical behavior.

Because Matthew led so many strikes and protests, he was not the ideal face people wanted associated with a national holiday. Matthew was also part of many socialist groups, something many Americans were cautious about. Therefore, Peter was selected as the father of Labor Day. Matthew later ran for Vice President of the National Socialist Labor Party in 1896.

Two years after the first American Labor Day, the parade was switched to the first Monday in September. However, it still was not recognized nationally. In 1894, railway workers in Pullman, IL went on strike to protest wage cuts. Grover Cleveland sent troops to stop the strike, which resulted in a violent outbreak. To make amends for his actions, Cleveland declared Labor Day a federal holiday, meaning that workers could now partake in celebrations without losing a day’s pay.

Though we’ve come a long way since, it’s important to remember the people who made what we have today possible. Because of everything workers like Matthew Maguire and Peter McGuire fought for, we now have the luxury of shorter work days and, by extension, benefits like paid vacation. Who would have thought even Canada played a role in American labor rights?

What are some other hidden facts you know about Labor Day? Let us know down in the comments.

The Entrepreneur Empowering Women Since She Was 17

How to Hack B2B Marketing In A Digital Era 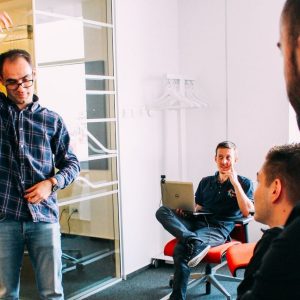 Best Tools to Help Build Engagement for your Startup

Listen to this article now Starting a business isn’t an easy task and even with abundant capital, nobody is guaranteed...