In California, it has been almost 300 days since Governor Gavin Newsom declared a State of Emergency due to the Covid-19 virus, giving him unobstructed judgement in changing California State law at a whim without input from either the citizens or legislators. During this time the population has seen many changes to their everyday lives, with the latest “lockdown” ordered on December 3rd shuttering restaurants, barber shops, personal hygiene practices such as nail salons, indoor and outdoor playgrounds, movie theaters, places of worship (including churches, mosques, and synagogues,) offices, and more.

“Staying home for three weeks is a sacrifice, but if every Californian did that for a month, we could stop this disease in its tracks,” said Dr. Erica Pan, Acting State Public Health Officer. An interesting comment, reminiscent of the first “two week shutdown” which occurred in February of this year, and led to the closing of all schools throughout the state through the current month of December begging the question—How is this shut down different from the last?

COVID-19 Cases Around the World

For other states and countries of the world with less dictatorial regimes in power, Covid-19 recommendations such as mask-wearing and social-distancing remain in place, but other changes are far less extreme. In the entire United States of America, thirty-four states of varied political majority are open for in-person learning, with four of those mandating specifically that learning must be done on campus and the remainder offering, at the very least, the option to go to school. Dr. Jill Biden herself has said, “Everyday I see my my students work hard to overcome obstacles to just be in the classroom,” touching on the importance of “just being there.”

Education, though, is not the only way in which states have enacted alternative policies. In many states bars and restaurants are fully open for business. Even in the state of California, retail remains open for the Christmas season, beckoning shoppers to the latest new electronic or style. For those on Instagram, videos surfaced in the summer season of French Riviera mask-less nightlife through the hotspots of Cannes and Monaco, where life seemed whimsically normal.

On December 18th—in California, hundreds of flights arrived at the well known Los Angeles International airport welcoming passengers from Shanghai, Dallas, Chicago, Orlando, Nashville, Denver, Detroit, Mexico City, Sydney, New York, Houston, Guatemala, Anchorage, Cancun, Boston, Miami, Panama, Taipei, and Tokyo to name a few according to the LAX website. With an average Boeing 747 containing at least 416 passengers and up to 660 passengers, it is confusing how Dr. Pan or any other person could produce a timeline or any hypothesis on the future of Covid-19 with multi-thousands of variables entering the environment on a daily basis. In fact, science would argue that it is not possible to make any conclusion with such a diverse and unlimited number of entering variables from places who greatly differentiate in their Covid statistics and practices. While the obvious answer would be to limit border entry to California, unrestricted travel of Americans is highly protected in the the fifth amendment, making such a limitation illegal and a dead-end. Therefore; it is questionable at best to decipher why Californians have been singled out for punishment when the orders are unlikely to make any discernible dent in the actual status of Covid-19 in the state of California.

As if these questions weren’t enough, a short venture into the California State legislation database (found here) will see newly passed laws in the state which have absolutely nothing to do with the Covid-19 crisis such as Assembly Bill 312 which calls for reparations to be paid to Californians of African American decent and Assembly Bill 1458 which will increase the THC variance for edible cannabis products. Under normal circumstances, bills in California “that require an appropriation or that take effect immediately, generally require 27 votes in the Senate and 54 votes in the Assembly to be passed. Other bills generally require 21 votes in the Senate and 41 votes in the Assembly.” However, due to the California Disaster Act of 1945 as a direct result of Assembly bill 560,  the governor is given power to declare a state of emergency and consequent authority over state agencies, police powers, and the ability to issue and enforce orders once that emergency has been declared. “The Act gives the governor unilateral power to spend money ‘from any fund legally available’ in response to an emergency. It authorizes the governor to commandeer any private property or personnel deemed necessary, with the state providing a “reasonable” reimbursement.” When an emergency is declared over, the supreme powers granted to the governor also end—perhaps lending to the understanding of why such a confusing reality has been prolonged in the state.

According to a study led by Boston University researchers, the rate of depression has tripled in the United States since the onset of Covid-19. “The results showed that 27.8% of adults reported depression symptoms, in contrast with 8.5% before the pandemic. Increases were higher across the spectrum of depression severity, from mild (24.6% vs 16.2% before the pandemic) to severe (5.1% vs 0.7%),” reports CIDRAP – The Center for Infectious Disease Research and Policy. While Covid-19 itself has devastated families, it is only one of many issues that are currently hounding the American people including slides from grace into poverty, educational decline in states like California, drug use, suicide, abuse, and depression.

As lawsuits amount in the masses against Governor Gavin Newsom, he was recently photographed dining inside the infamous French Laundry restaurant with his lobbyist friend Jason Kinney, who is focused predominantly in the Cannabis realm, and twenty of his associates for a birthday party. Of course, indoor dining has been unavailable to Californian citizens since February, and while Newsom’s children began to “phase back” into in-person learning in October, all public schools in the state remain closed on order.

Currently, a re-call campaign is surging in the state. “He’s destroyed people’s lives,” said Randy Economy, a senior advisor to the recall campaign.  “And it’s not because of the pandemic, it’s because of his mismanagement as governor of the state of California.” Certainly Newsom would do best to end his double standards, and to treat the citizens of California as he would treat himself or his family, rather than as a vehicle for maintaining authoritarian power in the state.

How has Governor Gavin Newsom’s stay at home order for California affected you? Let us know down in the comments.

Adelheid Waumboldt is President of the ISET Agency in Los Angeles, California and a member of the Forbes Business Council. The ultimate connector, her history living in cities throughout the world like Paris, France; Amman, Jordan; and New York, NY while working in sectors from crude oil and precious metals, to fine art, music and film have garnered her a rolodex and reputation like no other. For the last three years, Waumboldt has been a constant in the sphere of journalism - sharing her knowledge and finds from business to lifestyle, culture, and beyond with the world at large. 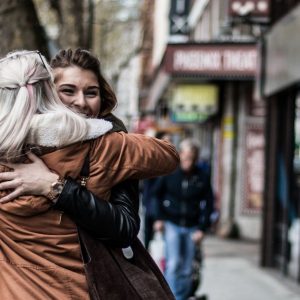 Looking For A Side Hustle? How About Professional Cuddling?

Listen to this article now Have you ever thought about professional cuddling? I know it sounds crazy, but hear me...