For a lot of people, when they hear the word gentrification they think of multi-cultural neighborhoods that get uprooted by a bunch of hipster coffee shops and hot yoga classes. In a nutshell, that is a pretty correct way to define gentrification. However, to be specific, gentrification refers to a profit-driven, race, and class change of a historically disinvested neighborhood. In this context, disinvested, means areas that businesses and governments have abandoned or have little to no development.

Neighborhood Revitalization, on the other hand, refers to making neighborhoods better without gentrifying them or pushing people out. Revitalization uses a positive development model that builds a new vision of community health and sustainability that benefits all residents.

In an essence, revitalizing a neighborhood or community is the goal. Gentrification, however, is not the goal. There are no real benefits of gentrification, but it is important to look at this objectively and see some of the claims made towards pros and cons of this major issue.

Another important term to know before we continue learning about gentrification is community land trusts (CLTs). CLTs are used to stall gentrification. They are nonprofits that own land and were received as donations through government subsidies. This land is used for affordable housing or community purposes. This also ensures that the land stays affordable for long periods of time. It is a helpful tool for low-income families and is beneficial for the community.

CLTs make it easier for communities to thrive, however, this program is costly. It requires substantial funding and tends to be difficult to utilize in gentrifying neighborhoods because they rarely provide housing to low-income families. Sadly, gentrification makes it difficult for CLTs to assist communities.

Pros and Cons of Gentrification

Although many would argue against gentrification, there are some incentives for people in historically disinvested communities to be okay with gentrification. For instance, gentrification can reduce crime, stabilize declining areas, increase properties, and increase consumerism.

In a sense, all these pros would contribute to an aesthetically pleasing and business orientated community. It would completely change how historically disinvested communities look and act.

Maybe this is a good thing or maybe this is an unavoidable consequence of our urbanizing world. Gentrification may be inevitable, but it does not seem like the most ethical approach of urbanization.

Those who advocate for gentrification tend to ignore the negative impacts that occur to historically disinvested communities. Gentrification seems like a nice urbanization tool to develop communities, but what happens to the community members that have lived there for years and can no longer keep up with this new and urban lifestyle?

Cons, such as displacement through rent increases, loss of affordable housing, community resentment, cultural diversity decreasing, and local businesses being uprooted. These are very real issues that deeply impact people of color in these communities.

What Can Replace Gentrification?

In neighborhood revitalization, community organizing is the key to success. This development processes enables community members to identify the types of housing, services, and infrastructure that should exist in their neighborhood. It values the voices of longterm residents and gives them a chance to determine what they want changed in their neighborhoods.

It is not fair when developers come into neighborhoods and they change everything without any consideration of the people who live there. Thankfully, neighborhood revitalization does the opposite of that. This development tool is great because it allows entrepreneurs/developers to work alongside the community. Collaboration is much better than forcing a new way on someone without asking how they feel.

Do you think neighborhood revitalization is better than gentrification? Let us know in the comments! 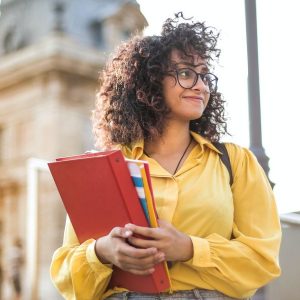 10 Reasons College Is The Best Time To Start A Business

Listen to this article now When hearing the words “college life”, images of rowdy parties, waking up at 1pm, long...