Its time for summer guys! For those of you who are employed, you might be sitting in the sun, relaxing as you enjoy the weather after work. But for those who are jobless, you are probably glued to the internet searching for work. Currently, there are approximately 40 million unemployed Americans. Recently, through the Cares Act and the federal stimulus plan, unemployed people are receiving an extra $600 a week. Unfortunately, from news reports, these extra unemployment payments are scheduled to stop at the end of July or even sooner. The U.S. House of Representatives has passed a bill that extends the $600 payments through the end of the year, but the Senate is opposing this bill. According to CNBC, the average unemployment cheque is $380 a week which means the loss of the weekly $600 will shrink benefits by about 60%.

Meanwhile, Monster, the huge online job board, is now entertaining job seekers with some dark humor. One ad, for example, has a suitcase stuck in a closet next to a guitar case who sounds stoned.

“So I used to travel a lot for work, but now I can’t travel. So I can’t work. I’m feeling a bit grounded here. Instead of a new destination every week, I’m stuck in this house all day, every day,” says a pink suitcase.

“Oh, you can reach any destination with your mind, man,” claims a guitar case.

You can watch the ad here.

We all agree that its not easy to make people who are gloomy and frustrated laugh without being without being insensitive. For Monster, they came into the limelight during a 1999 Super Bowl ad that features kids answering the question: “What do you want to be when you grow up?”

Brian Buckley, the ad’s director, believed it would inspire viewers to seek their dream jobs. Even today, Monster still buys into the same philosophy. The question this year is whether Monster’s ads will work in a historic recession and whether they’ll help it compete with aggressive rivals such as ZipRecruiter and LinkedIn.

Monster was acquired by Randstad a few years back and CEO Jacques van den Broek reports a loss for this year’s first quarter. He also predicts that the second quarter could be even worse. Monster paused all unimportant spending to concentrate on their ad campaign. This indicates that their campaign is doing well, especially when most people have lost their jobs.

The competition between Monster and its rivals is a tight one. For ZipRecruiter, the 10-year-old company with podcast ads, the pandemic hit it so hard that it had to fire a third of its 1,200 employees. It now seems like the company will not do better until the economy does. However, there are hopes from economists that things will be better. Economists say 3 million jobs were created in June 2020. According to the New York Times, that’s good news but it doesn’t make much of a dent in the 20 million jobs lost earlier this year. In the meantime, a little dose of humor may be what we all need, especially job seekers. What would help greatly, though, is actual job offers. Hopefully, Monster’s new ad campaign will translate into a lot more job listings.

What do you think of Monster.com’s new humorous ad campaign? Let us know down in the comments!

Startup Guide to Winning in a Recession 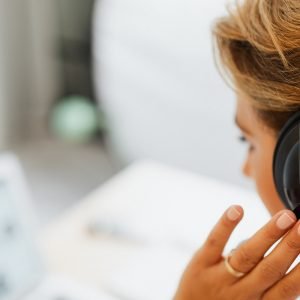 Listen to this article now This holiday season, Santa should be the only one doing any sneaking around. Unfortunately, during...