Since 2019, New York Attorney General Leticia James has been investigating Facebook under claims the company unlawfully used its marketing power to monopolize the social media industry. According to her statement, she was looking into whether Facebook “endangered consumer data, reduced the quality of consumer’s choices, or increased the price of advertising.” Also signing onto the investigation was a team of attorney generals from seven other states, including Washington D.C.

Earlier this week, James held a news conference alleging “Facebook has squashed or hindered what the company perceived as potential threats.” By employing a “buy or bury” strategy, the company has made a pledge to either buy out its competition or watch them sink. Over the past few years, Facebook acquired Instagram in 2012 for $1B and WhatsApp in 2014 for $19B. Both of these apps were purchased before they could grow large enough to pose a threat to Facebook’s standing.

In order to sink competition, Facebook is accused of opening its platform to apps created by third-party developers. By doing so, this increased the number of users on Facebook. However, the industry giant would then abruptly cut off apps it viewed as a threat, subsequently crushing their growth potential. One example of this tactic being exercised was with the local social network app, Circle. At first, Facebook claimed it had terminated Circle’s API access because it had spammed users. But after investigating, the FTC discovered an email from one of Facebook’s managers that revealed Circle was “very directly creating a competing social network.” This dominating strategy is punctuated by an email Mark Zuckerberg wrote in 2008 stating, “It’s better to buy than compete.”

Over half of American adults log into Facebook every day to connect with friends and family. But while they share personal experiences, Facebook shares their personal data. According to James, Facebook has been making profits by surveilling consumer data and behavior, then selling it to marketers. “No company should have this much unchecked power over our personal information and our personal interactions,” James says. She and the prosecuting team believe users should have the freedom to choose which social media platform they wish to use without putting their personal data at risk. As such, the FTC is pressuring Facebook to sell off its acquisitions and release its stronghold on the social media market.

For quite some time, Facebook has been accused of allowing misinformation to spread on its platform, directly influencing the presidential elections in 2016 and 2020. With the hashtag #DeleteFacebook trending on Twitter, it seems clear that countless users feel the industry giant should be put to rest. Do you agree? Let us know down in the comments.

How To Build A Result-Driven Culture For Your Startup

5 Healthy Habits You Need To Adopt Before 2022 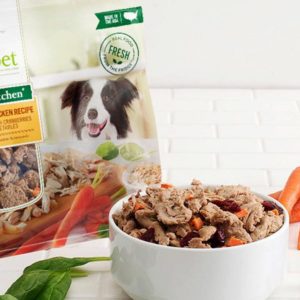 Listen to this article now Investors in Freshpet, an upscale pet food maker whose stock soared during the pandemic but...