Chicagoans were asked a pretty straightforward question on their ballots this election, “Should the city of Chicago act to ensure that all the city’s community areas have access to broadband Internet?” The answer was overwhelmingly “yes”, by a 9-1 margin. But what does that mean? Is everyone going to get free access to the internet in Chicago? Is this the beginning of a new, futuristic Chicago? The answer is not that simple, but it is a possibility.

In the wake of coronavirus, internet connections have proven to be more valuable and scarce than ever. Labor economist, Julia Pollak noted on Twitter that internet access is critical for education and employment.

Meanwhile, in Chicago, ISPs Comcast and RCN Corp agreed to work with Mayor Lori Lightfoot on her Chicago Connected program which aims to provide free broadband internet for 100,000 children in the city’s largest school district (CPS) for four years. The Chicago Connected program has signed up about half of the eligible families so far, with more households being connected in coming days.

Supplying publicly-and donor-funded broadband internet access on this large a scale has never happened before in Chicago. Ken Griffin, the chief executive of investment firm Citadel, who donated $7.5 million to the program, said, “I do hope that in DC, people go, ‘you know what, what they’re doing in Chicago right here, right now, we need to make sure happens in Detroit for this fall.’ I hope that people in the halls of Congress are thinking about this as a necessary initiative for our country to address the important issue of educational equality, access and opportunity for the school year,” he said.

Should Internet be Free Nationwide?

Debate has grown across the country about the integral role the internet plays in our society. Many believe that the internet should follow the path of other basic services like running water, gas, or electricity and go from being a demand-driven luxury to a publicly traded utility.

Journalist Ephrat Livni of Quartz points out that, “Americans like to believe they live in a classless society. In theory, anyone can lift themselves up by their proverbial bootstraps and live the dream. Realistically, it’s a whole lot harder if at every stage in your upbringing and adulthood you have fewer tools and opportunities. At this point, it’s virtually impossible if you’re not up to speed on technology or cut off from its offerings.”

There are already more than 500 communities nationwide operating public networks or leveraging their massive contracts with broadband providers to ensure free wiring of schools, libraries and other publicly-accessible wifi hotspots. This approach to public access is taking hold across the U.S. and there is a growing understanding that internet access is a social issue that has to be addressed by governments, not private companies operating with profit as their sole motivator.

Do you believe internet access should be free nationwide? Let us know down in the comments.

Wait, Amazon Has A Pharmacy Now? 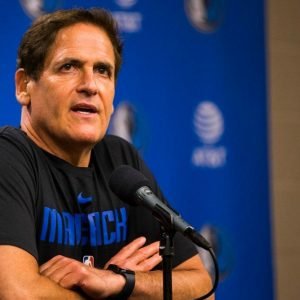 Listen to this article now Mark Cuban has purchased a 77-acre Texan town named Mustang. In an email to NBC...