For the last thirty years, the move to the big city has been a rite of passage for millions of young Americans looking to make their professional start. Prior to the 1990s, urban economic struggles had dampened the attractiveness of city life, with housing markets bottoming out in the eighties after decades of struggles. Young people saw an opportunity to enter into the excitement of cities like New York, Los Angeles and San Francisco without paying a prohibitive cost. The 1990s and 2000s were an opportunistic time, as property markets remained, for the most part, extremely cheap and untapped. Slowly but surely, the number of young city-dwellers increased from a trickle to a flow, with an influx of renters and homebuyers sweeping across neighborhoods like Brooklyn, Columbia Heights, and Mission Hills (among many others) in the 1990s, 2000s, and 2010s. Jobs were plentiful, restaurants and nightlife quickly followed the new sources of revenue, and the big city experience boomed.

The first demographic to struggle as a result of booming urban housing markets were existing residents, often people of color, who had lived in neighborhoods prior to gentrification. Their battles to retain control over their homes and communities have been well-documented, but largely unsuccessful. More recently, however, the speed of gentrification has begun to outpace even the gentrifiers themselves. While the uber-successful continue to flock to New York and San Francisco, many recent college graduates have begun searching for new places to put down stakes without crippling their wallets. In neighborhoods like Queens and Brooklyn in New York City, rents went up by an average of thirty percent between 2010 and 2019. The pandemic only accelerated the spike in rent prices, forcing even the affluent to re-evaluate their living situations. The focus of young professionals has started shifting from large cities to more mid-sized urban environments, oftentimes in the midwest and south, far from the traditional centers of power and culture. This shift is already well under way, leaving behind the housing bubbles of New York, Los Angeles, and San Francisco towards newer, cheaper options. There is no doubt that smaller, more remote cities offer much more comfortable, affordable options than bigger cities, but the real question is, how much is lost by going small?

In truth, not much at all. While the metropolitan areas of America’s biggest cities have continued to grow rapidly in the past few years, the pace of population growth within the cities themselves have begun to slow down. The reason for the slowdown is simple: the supply of available, high-paying jobs simply does not meet the demand of young professionals entering the market in big cities. According to a recent study, 2021’s fastest-growing job markets were located in Salt Lake City, Birmingham, and Jacksonville, without a single coastal city cracking the top fifteen. While the prohibitive size of large cities depresses the likelihood of a job boom, there is no question that, especially in specific job markets, small cities have a lot to offer. For young job-seekers looking for security and good wages, searching for cities catering to their specific line of work or business is smart and practical.

But what, you might ask, about the lifestyle and nightlife offered in America’s biggest cities? Admittedly, a Jacksonville or a Salt Lake City is never going to have the food or excitement of New York or Los Angeles, but these cities offer many of their own unique benefits that big cities typically lack. In large cities, it is often near-impossible to own a car, as lack of parking, public transportation, and traffic remove any incentive to buy a vehicle. While public transportation might be good for the environment, the inability to drive a car often traps city dwellers in a concrete jungle, unable to experience nature. In smaller cities throughout the south and midwest, there are often mountain ranges, lakes, rivers, and other beautiful forms of scenery just a short drive outside of town, and car ownership is far easier to manage. Instead of endless sidewalks, high rises, and sprawl, there are trees, grass, and stars. Cars come with the added benefit of accessibility within a city itself. In big cities, lack of transportation often pins people down into a relatively small rotation of restaurants, bars, and other forms of entertainment. Mid and smaller-tier cities, while smaller overall, can end up offering just as many if not more restaurant and entertainment venues if you simply hop in the car for twenty minutes.

The benefits of smaller city life also extend to starting and growing a family. A consistent trend among Americans today is that people are choosing to have children later and later. Part of this can be attributed to the high cost of big city living and the difficulties of raising a child in small, cramped urban spaces. The extra space, lower costs, and sense of community in smaller cities are all great for raising children. Shared experiences, fewer entertainment and dining venues, and fewer people allow for a sense of kinship that can allow young people to truly build a love for a community. This sense of community is extremely beneficial when raising children and surrounding them with other children their own age.

“The extra space, lower costs, and sense of community in smaller cities are great for raising children…”

Many young people have already recognized and capitalized on the benefits of small city life. The pandemic only accentuated a growing trend, as people began leaving big cities in record-breaking numbers to seek jobs, lower costs, and live elsewhere. In the twelve months from July 2020 to July 2021, New York saw the sharpest population decrease over a year-long span in its history. Over that same twelve-month period, San Francisco and Los Angeles experienced a simultaneous population drop for the first time in history. If you are a young professional leaving a big city for a smaller one, you might already be behind the curve. While big cities have begun to recover as the pandemic has improved, there are deeper structural issues at play in their economies. The low taxes and cheap housing of smaller cities, designed to rope in companies and jobs, have given rise to a new boom in America’s interior. If you are a young business professional looking to make your start, make the first city you conduct a job search in a small one rather than a big one. You will soon find that small city living is the gift that keeps on giving. 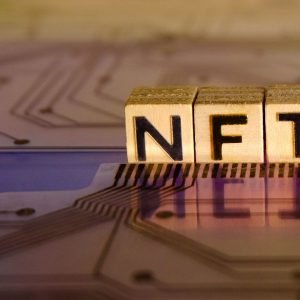 How NFTs Are Revitalizing The Creative Industry

Listen to this article now NFTs became the most searched term in 2021. Creatives felt more empowered than ever to...