While stuck in quarantine, people were itching for new ways to stay busy. While some of us were consumed by binge-watching Tiger King and baking bread, others decided to learn a new skill. Reports show that online learning spiked during the initial months of quarantine. Among these skills people were eager to learn, mastering another language was at the top of the list.

Language apps, such as DuoLingo, saw a 150% rise in users between March 2019 and March 2020. Duo Lingo advertises its business model as “Learn a language for free. Forever”. Fast-paced activities make for easy learning. Duo Lingo also makes users feel like they are immersed in a video game rather than learning. It is known for being fun, interactive, and allows users to interact with other users learning the same language. According to a study, 34 hours on Duo Lingo is equivalent to taking a college-level language class.

Inevitably, as people get back into their regular lives, it is projected that active users will decline. Toucan, a Google Chrome extension, understands this. They hope to keep active users by being readily available each time they use the internet. Toucan specializes in teaching users to hold a conversational understanding of the language. Many people will no longer have the luxury to fulfill time-consuming activities that result in them learning a second language. Toucan is perfect for people who want to learn enough of another language to get by.

No matter the amount of time one has to spare, there is an option to learn a new language for those who want it. Since language apps have had great success in teaching their users, it begs the question if this is possible in other areas such as math and science. If so, it would be groundbreaking. Especially in the United States, where higher education is often viewed as a privilege for those who can afford it. The more free to low-cost apps that pop up in the future, the better.

Have you looked into learning a new language through language apps? Let us know down in the comments.

She Helped Build Amazon From The Ground Up, Yet No One Knows Her Name 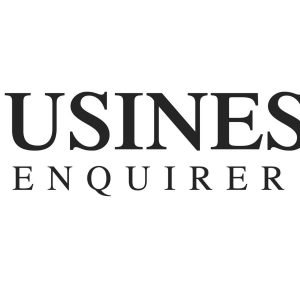 Listen to this article now Business Enquirer is among the fastest-growing business digital media companies in Europe. BE Media Group...