With less than two months until the 2020 election, there is an expected shortage of poll workers. This is mostly because most citizens who work at the polls are over 60 years old. With the elderly at higher risk of contracting Covid-19, many of those usual workers are likely to stay home. Consequently, polling places are expected to need as many as a quarter-million new workers on November 3rd.

Last week discount clothing retailer Old Navy said it would pay its employees a full day’s wage to serve at the polls. In a press release, Old Navy stated that it’s encouraging its field employees to take part in the democratic process to show that every voice and action counts. Old Navy is also giving up to three hours paid time off to give employees so that they can vote. The lack of paid time off on elections day has been an obstacle to voting.

Nancie Green, head of Old Navy, stated in a press release that every voice in the country matters and deserves to be heard in the polls and they are on board to make that process more accessible to the community. Old Navy is pairing up with two non-profits on this initiative, the Civic Alliance and Power the Polls. Power the Polls is attempting to meet the 250,000 person shortage. It also says that election workers will receive training and personal protective equipment. The organization is focusing on recruiting younger people who are at less risk of infection. Some elections jurisdictions pay poll workers as a way of helping them earn extra wages.

Old Navy says that it will pay employees serving at the polls regardless of whether the workers had a shift on that day or not. Many other companies have announced they are joining in the effort, among them fashion company Tory Burch and Washington DC Campus Coffee will also compensate employees to work the polls. Almost 400 companies have signed on to the non-partisan vote coalition according to Business Insider. Old Navy’s move was a winner.

What do you think about Old Navy paying its employees to become poll workers? Let us know down in the comments.

How Joe Biden And The Democrats Can Save You Cash

Even With The Federal Ban, 4,000 Renters Are Being Evicted

Web designer, Researcher, Virtual Assistant and Statistics student. I love learning new things, desire to be independent, passionate about what I do and am driven to deliver great quality work. Currently working with discoverGREY as marketing associate. 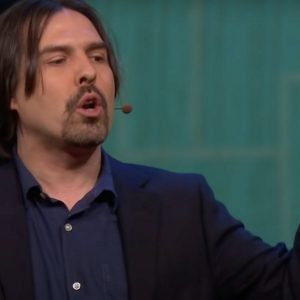