The proverbial “American Dream”: To have a big house, a family, a car, a white picket fence, and a dog. This was the stereotypical thought of what it was to be American over the last half century. This idea, implanted in our minds for generations, we were told no matter our race, religion, creed, socioeconomic status or sexual orientation, we could achieve this. The problem is, was this idea achievable for all? Was it a notion built on the promise of prosperity for all? Was it built on the premise of equality for everyone? Let’s take a deeper look into the racial divide that has finally come to a flashpoint in America, and why, and what we can do to rebuild.

How the American Racial Divide came to be

First, let’s speak upon why this issue became a flashpoint. The promise of equality was stated to all, albeit this promise was never intended for all, nor was it ever granted to some. For hundreds of years a racial divide has existed in this country. Racial inequality was commonplace and a societal norm, accepted and perpetuated by most in the earliest years of our nation. The Constitution of the United States of America reads, “We the people of the United States, in order to form a more perfect union, establish justice, ensure domestic tranquility, provide for the common defense, promote the general welfare, and secure the blessings of liberty to ourselves and our prosperity, do ordain and and establish this Constitution of the United States of America.” This nation was built upon the blueprint of these words, but the foundation it was built upon was that of subjugation of an entire race.

The black race specifically was denied the promise of “liberty and justice for all” for centuries and had to fight to secure just a portion of what was lawfully granted to others; a fight that continues to this day. Having lived through times of racial strain and much worse racial opposition through the years, including slavery and murder, the inevitable flashpoint finally came to a head. The deaths of countless black people at the hands of police officers and citizens alike has caused this nation to fracture at the very seams that were supposedly designed to hold it together.

The racial divide that we face today is not a new problem that has simply become an issue in recent years. This is a much deeper issue that goes beyond the color of one’s skin, but to the systematic subjugation of an entire race over an extended period of time in order to establish a racial hierarchy for one particular race. The question is, how can we quell this cancer within this nation?

Solidarity and working together amongst all races, and all people can begin the process. The one bright spot within this crisis is there have been countless expressions of support for change from all races. Support has been given by celebrities, sports figures, politicians, military leaders, and even other nations. Within all of the turmoil, the racial divide is prominent, but now too, so is the solidarity with those that do not support the injustices thrust upon the black race, my race.

Unity can be found throughout the demonstrations in order to express the thoughts of the majority of those in society as one statement, one voice against the racial injustice that has plagued this nation from its inception. Major corporations have announced their stance and solidarity against the scourge of racism and denial of civil liberties. In short, will this be a cure? Absolutely not, but is this working towards part of the solution? Definitely. We have a long journey ahead as a nation to overcome this, but that journey never begins without the first step. Singular issues of solidarity can be brought to light, but in this article I will not do that. I will point out that although these instances do exist, more of these instances are necessary to begin help spin the wheel of change, but luckily, this has begun.

What is the Solution?

Racial ignorance is taught, it’s not inherent or hereditary. Therefore, the solution to racial injustice is through education, common sense, and the rendering of basic civil liberties, respect, and acceptance to the point of equal dissemination amongst all, for starters. We cannot stamp out racism without irradicating the tolerance of such ideologies, as they go hand-in-hand. We may have differences in features, culture, and beliefs, but are we not all members of the human race? Different does not indicate “bad”; differences indicate the beauty of what society is. Imagine our planet with no diversity in nature; all plants and trees exactly the same color, all animals as the same species, and no biodiversity at all. Where would be the beauty in that?

Now let’s take that same lens and turn it on society. Why then can we not all see that diversity is what makes our society beautiful? If we place children of all races within a pre-school and surround them with toys, those children will play and enjoy time together without regard for skin color or any other societal status. Sadly, once those same children are placed in the same room within the next few years, they no longer will overlook skin color or other “differences” in many cases. A study performed by Jane Elliot in a grade school lends to the credence of these statements.

It’s time we all do our part. It’s time that we all become a part of the solution as opposed to a portion of the problem. This is not to say that all are guilty of the negative thoughts and actions that have brought our nation to the point of fracture, because that is far from the truth. However, silence and standing idly by as others are subjugated in every sense of the word is only allowing the continuance of that which you would not, and could not allow yourself to endure. Dr. Martin Luther King Jr. stated, “Not only will we have to repent for the sins of bad people, but we will also have to repent for the appalling silence of good people.” If these words do not resonate with you, then let’s assume that you may be part of the problem. Let’s fix this as one nation together, not one nation divided.

To read deeper into this, I will express my views within a new book entitled A Collective Breath from Bridgett McGowen and BMcTalks Press, which will include a collection of other black voices, speaking on this issue through the eyes of black women and men and will release August 28th.

“In the end we will remember not the words of our enemies, but the silence of our friends.”

What are your thoughts on finding a solution the racial divide in America? Let us know down in the comments.

How To Launch Your Startup Like A Millionaire Entrepreneur

Clinton Harris is an Entrepreneur, Best-selling Author, Life Progression Expert and Keynote Speaker. Working in organizational leadership, educational institutions, with families and the military, he has served to help people all over the world for over a decade. Clinton’s Life Coaching company, public speaking and books have now reached a global audience. 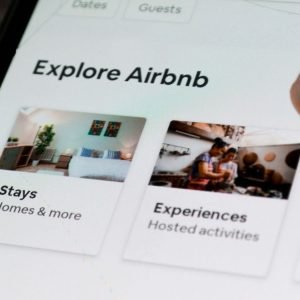 Airbnb's Layoff Process Shows You The Right Way To Do It

Listen to this article now As the global economy continues to find itself drowning under the weight of the COVID-19...