February is a month to celebrate black representation and to continue promoting diversity in our present day.

Where, then, does cannabis fit into black history?

Cannabis first crossed paths with blacks in a tumultuous setting during slave labor within the hemp industry.

Moreover, black influencers have had a positive relationship with cannabis by promoting its roots later through music. Louis Armstrong, often referred to as the father of jazz, Bob Marley and Peter Tosh advocated for Marijuana while performing.

This month, there is a reason to reflect on black history and cannabis. Let us look at different means blacks and cannabis shaped the present vibrant world of marijuana.

First, a Bit of History

The hemp industry boomed in the 1800s (a slavery period) when the servants cultivated and garnered cannabis. Eventually, the boom halted as a result of the civil war in 1861. (Regardless, cannabis made a substantial impact on black history.)

Even before the industry boom, the migration of nomadic tribes across global borders led to the growth of the cannabis business. Geographical studies show that cannabis was first grown in southern Asia, Arab countries, and India.

Moreover, African tribes, in the 13th century, may have first been introduced to marijuana by the  Arab merchants. Cannabis earned a nickname as its consumption spread through Africa— the name being Dagga.

Indian traders stationed in South Africa were significant consumers of Dagga before it spread to West African countries. Later, during WWII, the British and the French troops stationed in West Africa would introduce cannabis.

At the same time, the British military transferring Indian laborers from Africa into the Caribbean would also bring their supply.

After slavery abolishment in Jamaica in 1834, Indian migrants introduced weed to the territory. Nearly 100 years later, the iconic black musicians we know today like Bob Marley and Peter Tosh would become cannabis movement leaders and revolutionize recreational use around the globe.

Despite a radical war on drugs globally, cannabis has maintained a strong position in popular culture.

Doubtlessly, the popularity of cannabis is a consequence of the influence springing from black art forms such as reggae, jazz, and hip-hop. Furthermore, modern-day jazz appreciates cannabis.

Artists such as Louis Armstrong, a renowned jazz trumpeter, would carry it around on tour and have a few tokes before a show. According to Armstrong, cannabis boosted his creativity and regarded it as a companion.

Other black musicians who played a role in shaping the introduction of recreational cannabis in communities included artists such as Peter Tosh and Bob Marley.

Black artists who are still living today, and are cannabis movement leaders, include Snoop Dogg and Dr. Dre— who continue to push for the legalization of marijuana.

Peter Tosh, a core member of the band The Wailers, alongside Bob Marley, played a significant role in shaping the use and view of marijuana.

Peter Tosh and Bob Marley have left a legacy for the advocacy of the legalization of marijuana even after their passing on.

Unfortunately, cannabis and black racial prejudice have crossed paths during a drug war that targeted people of color.

On that, the black cannabis movement leaders behind bars in states and countries across the globe (where cannabis is illegal) have a place in the minds of marijuana consumers.

Even in American states and countries where marijuana is legal, black folks who consume and sell cannabis continue being intimidated by law agencies.

With countries fighting for the legalization of marijuana, there is hope that, in time, policies will address the inequalities linked to cannabis.

Governments should also ensure that black canna-businesses do not fall subject to institutionalized racism within the industry.

These racially motivated acts can include punitive tax codes, high permit and license fees, limited land-use law, and a lack of diversity in higher-ranked positions within the cannabis industry.

The vast number of advantages to communities that black-owned cannabis industries will bring are worth looking out for.

An Opportunity For Blacks in The Cannabis Industry

American Civil Liberties conducted a study in 2020 that revealed that white people are three times less likely than black people to be placed under arrest for possession of marijuana.

Cannabis is still surrounded by racial discrimination, especially within the black communities.

Although marijuana has links to numerous medical and recreational advantages, most countries are reluctant regarding its legalization.

In the meantime, a handful of cannabis legislative proposals have earned a listening ear at state, federal, and national levels, such as the Marijuana Justice act.

Local representatives should be persuaded to support bills and initiatives that facilitate the legalization of cannabis.

As the legalization and decriminalization of recreational weed gains momentum, we should also simultaneously advocate for racial equality among black cannabis entrepreneurs.

May the future of marijuana be inclusive and supportive to all people of color looking to thrive in the cannabis industry. Enjoy an informed Black History Month! 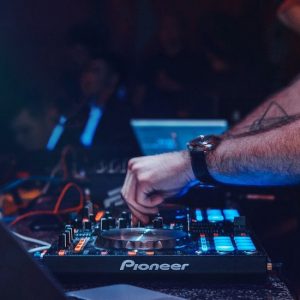 Listen to this article now It is very typical for entrepreneurs to spend every hour of their lives improving their...