The election results are in and there is an obvious winner: weed. The number of states to legalize recreational marijuana jumped from eleven to fifteen, with the additions of Montana, Arizona, South Dakota, and New Jersey. The District of Columbia also legalized recreational weed back in 2015. Now with nearly a third of the country having legalized the drug, entrepreneurs are ready to explore new territory. Especially the ice cream industry.

A Los Angelos based ice cream company, Mellow, has already taken steps to incorporate CBD and THC into their product. In fact, they already infuse both in their ice cream and this product hit the California market in November. Mellow’s goal is to raise the bar for edibles. They currently work with lawyers, chemists and food scientists to certify that the ice cream is safe and tasty.

It seems that other ice cream companies are taking note of this. In fact, Ben and Jerry’s released a statement on their website, laying out a game plan as to how they will take initiative once there are federal laws are in place to do so. However, Ben and Jerry’s being a national company means they face more obstacles to incorporate THC and CBD into their product. They must comply with federal law. Even with CBD being legalized nationally, the FDA has statutes in place which makes the law surrounding CBD infused foods murky.

The Federal Food, Drug, and Cosmetic Act requires that all of the aforementioned produced in America follow federal law. The FDA met to discuss allowing CBD as a food and beverage additive, however reached no consensus.

In the years to come, it is expected many more states will follow suit. A majority of states have already legalized the medical use of marijuana and decriminalized the use of it. In fact, only in six states does weed remain fully illegal. It is only a matter of time before marijuana will become legal at a federal level, and it will be interesting to see all the entrepreneurial doors that open as a result.

Would you try CBD infused ice cream? Let us know down in the comments.

9 Best Bollywood Movies to Watch If You’re An Entrepreneur 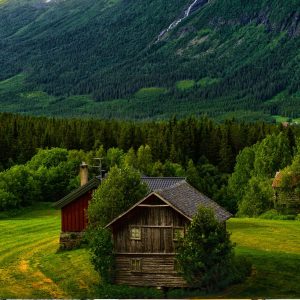 The Most Charming Cabin Getaways in Australia

Listen to this article now Cabins evoke a feeling of nostalgia and serenity, like a simpler time when you could unplug...