Did you know one out of three American adults has a criminal record? Often times, a person with a criminal background is hindered by a lack of job, housing, and education opportunities they need to rebuild their lives. But another issue that is not discussed enough is the massive amount of debt prisoners accumulate while serving time in jail. These sources of debt are shocking and often times unfair in relation to the crime that has been committed. In honor of Second Chance Awareness Month, we are taking a look into this problem.

What is Second Chance Awareness Month?

Second Chance Awareness Month aims to bring to light some of the issues ex-cons face as a result of their time in prison. Most places of employment require background checks during the hiring process and a criminal record can lead some to miss out on great job opportunities. In short, one past mistake could prevent a person from building their future, no matter how minor their offense may have been. Organizations like Prison Fellowship provide aid and resources to anyone with a criminal record so that they can reach their full potential as rehabilitated adults.

The day a person is released from prison, they are handed a folder containing all their paperwork. This “jacket” gives the rundown of debt they are responsible for, including court and legal fees. For example, if a stenographer was present at their hearing, that fee is charged to them. This sounds reasonable; after all, if someone commits a crime they should have to pay for it, right? While this is true, sometimes what is included in the jacket has nothing at all to do with the crime committed. And here is where the problem lies.

NPR interviewed ex-con, Kayla Boyle, who was recently released from prison after a drug possession charge. She explains that some of the fees she accumulated for her crime include 911 fees, district attorney fees, medical expenses, and sheriff fees. However, that is not all that is listed on her debt. In addition to a $25 fee to maintain the court’s website, Kayla owes State Treasury fees, forensic fees, child abuse funds, law library fees, and trauma care. Kayla was also charged a mental health assessment fee, even though she did not receive a mental health assessment. These charges are completely unrelated to the crime she committed, yet she is still being forced to pay them. In total, she owes $11,000.

Throughout NPR’s investigation, they discovered that ex-cons can be charged over $13,000 in small fees. But how exactly did this become their responsibility? The answer lies in taxes.

When Americans started voting for hard caps on taxes, the government began looking for other ways to generate money. That’s when these fees began appearing on ex-cons’ records. Every state has a long list of fines and fees because incarcerating people has become too expensive. The average cost to send someone to prison is $30,000 per year. However, in some states it can cost as much as $60,000. These costs usually fall on the shoulders of tax payers, but because people have revolted against paying taxes, states had no other choice but to tax the prisoners themselves. And along with these charges come the extra fees.

Ryan Gentzler of the Oklahoma Policy Institute told NPR that when a trauma center was on the verge of closing, the state added fees to every traffic ticket, felony, and misdemeanor instead of trying to find the $2 million needed to keep the center open. This is how it works in every state. In 1992, Oklahoma created a law that said a 75% majority was needed in both houses to raise taxes. However, the same was not true for lowering taxes. So Oklahoma kept lowering taxes and because it is harder to raise them, the state started losing money. The only way they could find funding was to tack on fees to crimes and misdemeanors. These fees have only risen since 2008.

One could argue that prisoners and ex-cons should have to pay for their crimes, but the issue isn’t as black and white as it seems. When ex-cons pay taxes, taxes are deducted from their pay checks, just like everybody else. But when they also start paying back the debt accumulated from their time in prison, these individuals are paying for state funding twice, which seems unfair. So what happens if someone chooses not to pay back this debt?

Back in 1833, debtors prisons were discontinued, meaning someone cannot go to jail for being too poor to pay something. However, the Supreme Court ruled that you can still got to jail for “choosing” not to pay these taxes. If an ex-con misses three debt payments in a row, a warrant can be issued for their arrest. This is because they are technically violating their parole or probation. However, this does call into question whether or not these arrests are a violation of the Supreme Court ruling back in 1833.

As one can see, the argument of whether or not ex-cons should be responsible for the debt accumulated during their time in prison becomes very muddled. A person’s punishment for committing a crime should be the time they serve in incarceration. They should not also be prevented from putting their lives back together due to large amounts of unrelated debt. But if tax payers refuse to pay higher taxes, then how else can states obtain funding?

What are your thoughts on charging ex-cons with extra debt? Let us know down in the comments. 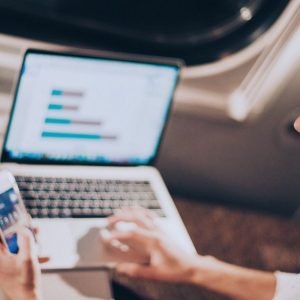 Listen to this article now Entrepreneurs are some of the busiest people on the planet. Between emails, social media accounts,...