We all have that moment in our lives wherein we feel lost, overwhelmed, unsure and yearning for a Disney-like redo that’ll go from dumps to dazzling in a 2 hour span. But, unfortunately, reality hits and any crisis (financial, emotional, mid-life, etc.) brings our perception from doable to impossible to get back up.

According to Fred Lee, hypnosis is the reprogramming of the unconscious mind to achieve a specific set of outcomes. Mentalism is using the 5 known senses to explore the unknown elements of the mind, often perceived as the 6th sense in the public eye. The 25-year old hypnogod empowers others with positivity and motivation in order to unlock the unconscious mind in achieving the impossible. His skillsets are psychology, hypnosis and of course, mentalism.

Lee claims Silicon Valley is a good place, if not the greatest place, to tap into hypnotherapy. It’s filled with high level executives who constantly face public speaking and other external pressures. For a large portion of the country, public speaking is their number one fear, especially when a typical investor, engineer, or homebody pitches ideas to industry titans.

Lee’s history with clients shows that those working in the tech industry tend to be introverted; the best way to overcome public speaking fears and eliminate stress is by undergoing the process of hypnotherapy. As he stated, “it’s well worth the investment if CEOs, soldiers, and celebrities are doing it.”

According to Lee, his YouTube channel is a means to connect himself with fans, clients, and the world. Sure, there are some things traditional people may find off-putting, but the times are changing. As many of his clients make the transition to experiment, the younger generation will also be open-minded.

Along with coaching, Lee also offers keynote presentations, marking himself a coach and motivational speaker for the masses. The rudimentary hypnosis shows out there are slow and outdated. Lee’s presentations are packed—an artsy blend of laughs, enlightenment, and something to think twice about on the way home.

As for magic, what he does is rather unorthodox. “You’ll be getting a unique flavor of world class magic at your events since it’s not like anything you’ve seen before. Whether it be magic or hypnosis, you’ll be getting a qualified, award winning entertainer that will have you and your guests talking long after the show,” says Fred.

Whether you think it’s hype, taboo, or just not for you, hypnotherapy has its merits. A nice movie is enough to tug on your heartstrings, but hypnotherapy might be a longer-lasting alternative. No harm in trying something different.

Fred Lee is a Bay Area native who has worked with Fortune 500 companies, the United States Army, and thousands of clients on 4 different continents. At 17 years-old he held events for corporate CEOs, providing hypnotherapy to the world’s elite and workshops for those in the medical field.

Lee’s advice for the next generation, struggling whether to choose passion over career, is that it’s possible to go to school and pursue the things you love. As it would depend on your passion, you would have to approach your end goals tactically. He believes that his degree in psychology aids his hypnosis endeavors because he has studied it both in the lab and out in the field. By building credentials to back up your vision, you will be doing yourself and society a favor.

What do you think about YouTuber Fred Lee and the power of hypnotherapy? Let us know down in the comments.

The Misconceptions Of CBD

I’m a seeker. I seek for adventures, new experiences, reputation, friendships, discovery, above all I seek for hope. More importantly, I’m a writer. I write more than I say. 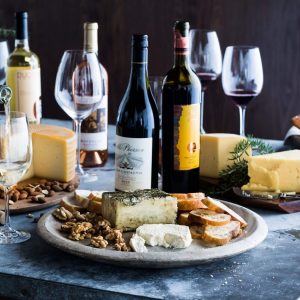 How To Survive A Wine Tasting

oing to a wine tasting can be daunting, especially if it’s your first time. Plenty of people love wine, but...