When it was announced earlier this month that Pfizer had produced a vaccine that is 90% effective against the coronavirus, CEO Albert Bourla garnered backlash from the public for his profitable stock sales that took place the very next day. Bourla recently spoke with NPR to clear the air and revealed that he initially wanted to sell his stock back in February 2020. He explains the only way CEOs can sell stocks without being accused on insider trading is by setting up legal sale plans months in advance known as 10b5-1s. When a 10b5-1 plan is created, the stock sale date and price is also set. Because Bourla’s plan was expiring in September, he simply renewed his 10b5-1 plan at the exact same rate as he did back in February.

Albert Bourla also claims that he was not aware that his stock even sold the day after the vaccine was announced. His stock trades are handled by an administrator according to the terms Bourla had determined months in advance. However, the Pfizer CEO’s plan was set up on August 19, 2020 and, on the very next day, Pfizer issued a press release indicating they were on a positive track to finding a vaccine for the coronavirus. When asked directly if he had insider information, Bourla said it was irrelevant because he did not know whether or not the test results would be positive or negative.

So what’s next for the coronavirus vaccine? As more testing and data is being gathered, Pfizer is claiming their vaccine is now 95% effective. Pfizer has filed for emergency approval with the Food and Drug Administration for use of its COVID-19 vaccine and the results are currently pending. According to Bourla, they expect to have enough of the vaccine to reach 25 million people per year. But not all of it will be produced in the U.S. nor will it be distributed to Americans here. Only half will go to the U.S. and the other half will be distributed among the world.

In order to distribute the COVID-19 vaccine successfully, it needs to be stored in extremely cold temperatures—colder than what a standard freezer can achieve. Pfizer has developed a special box that does not have to be kept in a freezer, but can still keep the vaccine at the temperature it needs to remain at by being filled with dry ice. Therefore, the vaccine can be transported in any vehicle to get where it needs to go. Albert Bourla believes the American government will distribute the vaccine to frontline workers first and then to the most vulnerable populations second. Only time will tell when that will be and if the government indeed goes forth with that plan.

What do you think of Pfizer’s vaccine and Albert Bourla’s stock explanation? Let us know down in the comments.

Why There Needs To Be More Asian American Representation In Media 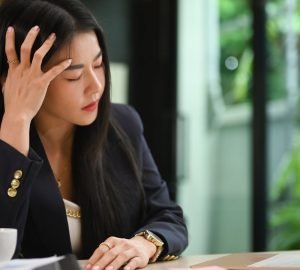 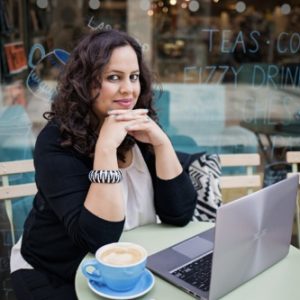 Listen to this article now Divine Wealth Mentor, Jasmita Thakersee is a divine lover of life, a source channeller, obsessed...