The Mandalorian/ Disney Plus

Disney Plus launches today and everyone is wondering what this could mean for the future of Netflix. Once a pioneer in streaming services, Netflix is now up against the likes of Hulu, Amazon Prime Video, Apple TV, and DC Universe to name a few. As the streaming platforms keep coming, it’s becoming clear the war is just beginning.

What comes to mind when you think about Blockbuster Video? The bright blue and yellow sign? The endless aisles of VHS tapes and cardboard cutouts? From a business standpoint, the story of Blockbuster is more than just a nostalgia trip. It’s an important reminder of how even though a startup like Netflix wiped the movie rental behemoth off the map, it’s not immune to the same dark fate.

When it first launched in 1998, Netflix was a movie rental service that allowed any DVD to be mailed directly to your door. When they struggled to grow their subscriber base, they turned to Blockbuster in hopes of being bought out by them. The deal didn’t go through and Netflix carried on with business as usual. But it wasn’t until Netflix put all of its effort into online streaming when business really took off. The move to offer a monthly online subscription with unlimited rentals effectively killed Blockbuster, Hollywood Video, and all other brick and mortar movie rentals.

Through all this, cable television still persevered. However, customers grew tired of paying hundreds of dollars for cable channels they never watched. That, plus hidden and increasing fees, left people feeling frustrated. That is until Netflix began introducing original content that genuinely spoke to what audiences wanted. This led many people to cancel their cable subscriptions and rely heavily on online streaming through Netflix.

How Much Money is Netflix Losing?

But while Netflix reined supreme in online streaming, it gradually started to lose money. In 2013, Netflix launched its first original series House of Cards, which quickly became a hit. This paved the way for other critically acclaimed shows like Orange is the New Black, Daredevil, and Black Mirror. When Amazon Prime Video started releasing original content, it marked the beginning of a new battle in the streaming service war. Suddenly, even Hulu was creating new content and Netflix scrambled to stay on top.

Netflix spends an estimated $14B on original movies and shows per year. According to Forbes, investors believe the amount of subscribers Netflix holds does not justify the increase in their content spending. However, producing content isn’t the only wrench in the machine. Both Netflix and Hulu are losing more than a billion dollars annually. Why?

A study done by Magid suggests 9% of Netflix’s 137 million customers share their passwords. That comes out to about 13.7 million people not paying the $9.95 monthly fee. So, in total, Netflix is losing close to $1.6B a year. Netflix, along with other streaming services, is in talks to put an end to password sharing through the Alliance for Creativity and Entertainment. In the meantime, companies like Disney are making moves to get in the streaming service game.

What works well for Netflix is the equal amount of supply and demand. If you feel like having a horror movie marathon well after Halloween, Netflix has you covered. Same for Christmas movies or any other genre. However, though mostly limited to exclusive Disney content, Disney Plus still has a massive appeal. It’s Disney. They have been around for generations and their streaming service is the perfect niche for trusted family-friendly content. But its allure doesn’t end there.

When Disney acquired 21st Century Fox in 2017, it also acquired its stake in Hulu. Today, Disney owns 60% of Hulu, which means it has access to a lot of Hulu’s properties. Thanks to Disney’s ownership of Marvel and Fox, Disney Plus also includes major blockbusters from Marvel Studios, Star Wars, and The Simpsons. Not to mention it’s launching with a package deal that includes Hulu and ESPN Plus.

Reportedly, Disney is only spending $1B on new content, far from what Netflix is spending. This includes the highly anticipated series The Mandalorian, which Star Wars fans are dying to see. While at one point Netflix was valued at more than Disney, its value has been slowly dropping. Disney has the money to keep generating new content and, as a seasoned production company, they have the experience to succeed. Disney Plus will also have a permanent library. Unlike Netflix, Disney does not have to spend money to reacquire licenses for properties it already owns. This means customers won’t have to worry about certain shows or movies rotating out before they have a chance to watch them. All of these factors combined could be enough to overthrow Netflix.

Which Other Streaming Services are Losing Money?

Netflix isn’t the only streaming service struggling to gain the upper hand. Recently, NBC announced it may offer its streaming platform for free by implementing ads, much like traditional television. Reports also suggest DC Universe greatly overestimated its demand. Whereas Disney Plus has a plethora of family-friendly content accumulated from nearly 100 years in entertainment, DC Universe is far too limited in its offer. Thus, the subscribers aren’t enough to turn profit.

With all these separate streaming services, it’s hard to imagine customers subscribing to every single one. If Disney Plus does succeed in undermining Netflix’s influence, Netflix could suffer the same fate Blockbuster did back when it first launched. As for how the streaming service war plays out, we will have to wait and see who ends up on top. It’s enough to wonder if it wouldn’t be cheaper just to revert back to cable.

Do you think it’s worth it to subscribe to Disney Plus? Let us know down in the comments.

5 Best Cities To Start Up Your Business 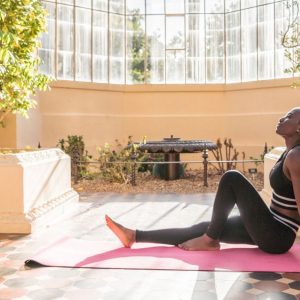 She Thought Self-Care Was Just A Reward. Then She Became A Business Owner

For Vernisha Williams, her business skyrocketed once she learned how to prioritize self care. See how she says you can...