There’s no question that the streaming market has become saturated. What was once thought of as a fad in streaming services has become a staple in the modern household. While brands like Netflix and Hulu have established themselves as the defacto platforms to enjoy your favorite content on, some smaller services have been rising in recent years.

In late 2019, Disney released their own streaming service where fans of Marvel, Star Wars, Pixar, and Disney classics can come together to enjoy their childhood classics along with some modern updates. In 2020, NBC’s Peacock launched as one of the first free-to-use streaming services with paid plans as an option to remove ads. And HBO converted from their pre-existing HBO Now platform into the modern refresh that is HBO Max. In 2021, the failed streaming service of CBS All Acess was morphed into the new rebranded Paramount+. Now Paramount hopes things will be different a second time around. Each of these platforms offers a unique take on the streaming service platform with its own pros and cons, below we took the liberty of highlighting some of these points.

While Disney+ may not have the quantity that many other streaming platforms have available, they make up for it in quality. As 2021 rolls around to its midway point, Disney+ has been in full force by releasing quality shows over and over again. While everyone knows of The Mandalorian and the success it garnered, 2021 has begun Disney+’s deep dive into the Marvel Cinematic Universe. In anticipation of Marvel’s next films, The Falcon and The Winter Soldier, Loki, and  WandaVison have all either released or will release within the first six months of 2021.

Outside of Marvel, Disney’s Cruella starring Emma Stone plans to release on May 28th, 2021 as a premiere access film for $29.99. In terms of original content, Disney has also been releasing family-centric shows such as The Mighty Ducks: Game Changers and Big Shot. Accessibility and versatility is where Disney+ thrives, the service is available on nearly all platforms whereas some other services require the user to own a modern smart TV or workaround.

Launching in July of 2020, NBC’s Peacock demonstrates that an ad-supported free streaming service is a viable option. In Q3, Comcast reported that Peacock garnered over 22 million signups. While Peacock hasn’t taken the industry by storm, the platform does offer a variety of content from Parks and Recreation to weekly episodes of Saturday Night Live in addition to rebooted legacy content such as Saved by the Bell’s reboot. Also, Peacock is one of the few services out there to incorporate live broadcasts in their lineup showcasing live news and sports among their original content. Later in 2021, the Olympics will also be showcased on Peacock. If that wasn’t enough, The Office made its monumental return to NBC in 2021 after being one of Netflix’s mainline shows for years.

While HBO Max is far from a bad streaming service, the quantity of original content has been subpar. Unlike many other services, HBO Max doesn’t have much of its own content right now. Game of Thrones ended and to fill its void, HBO has been co-releasing their theatrical films in person alongside their digital platform. While this concept isn’t new, see Disney+, HBO Max offers these blockbuster releases at no additional charge. Some of the releases so far include Wonder Woman 84,  Mortal Kombat and Godzilla vs King Kong.

However, these releases are few and are months apart. To fill the void until these releases, HBO Max instead relies on DC Content alongside older and modern films. While Disney has Marvel and does well showcasing their colorful properties, HBO with DC instead focuses much more on past creations. Advertising critically acclaimed animated series and films such as Young Justice and Christopher Nolan’s Dark Knight Trilogy. On Top of lackluster content, HBO Max is one of the most expensive streaming services out there at $14.99/month. While the platform does offer some hit content, the lack of original series and regular updates keeps the service from truly taking off.

The newest of the streaming services on this list, Paramount+ comes after the disappointing platform of CBS All Access. While only $9.99/month, Paramount+ fails to deliver on the most basic qualities of a streaming service. Perhaps the first flag of the service is the lack of an “Add to List” option to add or save shows for later.

Digging deeper into the service, the lack of content is worrisome. While large film franchises such as The Godfather Trilogy and Mission: Impossible are available, being this is a single studio platform really limits one’s options when searching for something to watch. This is more of a service where an individual may utilize a week trial to watch one or two specific programs rather than indulge in the platform itself. TV Shows such as Blue Bloods and Spongebob may draw in a crowd, however, the lack of content will certainly not keep one.

Going forward, it’s apparent that more companies will be adding their own spin to the streaming service concept. Studios have begun to understand how profitable it is to develop their own first-party service. With that, less and less content is being outsourced to third-party platforms such as Netflix, in-house original programs have become one of the most important parts of the streaming wars. With the demand for more and more content, studios are under an unpredicted amount of pressure to develop series like never before. Money that was once reserved for large studio films is instead now thrown at the next original Netflix show. For a television viewer, this is an exciting time.

Which online streaming service is your favorite? Let us know down in the comments.

You Should Know This Before Buying Sundays Boxing Fight 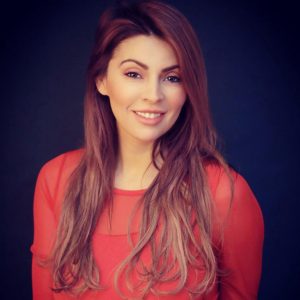 Listen to this article now There are not many who can juggle more than one talent, but the stunning Brenda...