Stories in Place: 886 is one of those documentaries that should be referenced when future generations look back and wonder how we as a society overcame COVID-19. In addition to perfectly encapsulating the lengths a small business went to in order to keep its doors open, filmmaker Law Chen delivers a purposely slow vignette, drawing you in with hypnotic footage that allows you to sink into the thoughts and feelings these cofounders experienced when faced with a global crisis no one thought possible.

At the start of 2020, Eric Sze and Andy Chuang were both excited and optimistic about March. Since opening in 2018, March had proven to be a great month for this New York-based Taiwanese restaurant. Named for the country’s international calling code, 886 used local ingredients to bring Taiwanese cuisine to the heart of New York City. Then, the pandemic hit and we all know how the story goes from there.

The mood of Stories in Place: 886 changes drastically when news reports foreshadow the negative impact COVID-19 would have on the world. News anchors tell of businesses everywhere shutting down due to quarantine restrictions. And just like that, the prosperous future the 886 cofounders were looking forward to came to a screeching halt. Sze and Chuang, like many small business owners, were forced to close down and let go of all their employees.

However, Sze and Chuang were quick to think on their feet. After first announcing on social media that they would be preparing food for delivery themselves, with all proceeds going back to their staff, business exploded when they announced their plan to donate meals to healthcare workers. The outpouring of support was overwhelming and within the first four days they received $10,000.

“This whole thing has been like so surreal. There’s just love being shown from everywhere,” says cofounder Andy Chuang, relating how 886 had received a Venmo payment from a patron in Wisconsin.

By obtaining these donations, 886’s employees were able to keep their jobs and, in return, over 400 healthcare workers were fed every day. Soon, people from all over the country were donating to the cause and 886 had more money than they knew what to do with. They decided they could either keep the money to stay in business another six months or spread the wealth so that more hospital workers could be fed. In the end, they invited fellow restaurant owners from Ho Foods, Raku, and Pâtisserie Foue to join their cause.

Because of this partnership, money became tight and 886 knew they would run out within two to three weeks. But that did not stop them from moving forward and the recognition they received was unbelievable. 886 was featured on Bon Appétit, Forbes, and Taiwanese national television. Though the accolades are well appreciated, Sze is most content knowing the people in his inner circle were taken care of.

The documentary wraps up by following the 886 cofounders from hospital to hospital as they deliver food to healthcare workers. Sze goes on to explain that bringing food to a hospital in the East would never happen because it seen as exposing oneself to unnecessary risk. 886’s charity work brought a lot of skepticism from their families who were concerned about their well-being, but Sze and Chuang pressed on because they knew how overworked hospital staffs were and, to them, that was more important.

“I think it is very Western to neglect our elders’ advice. To throw it out the window,” says Sze. Though he and Chuang do respect their elders, Sze says they “respectfully decline,” their suggestions.

“The fear of catching [COVID] was nowhere near as great as my need to fulfill the promise we made to our staff.”

By the end of May 2020, 886, Ho Foods, Raku, and Pâtisserie Fouet delivered more than 10,000 bentos to healthcare workers in NYC. Though their campaign ended last year, 886 is still fighting for causes such as #EnoughIsEnough, a grassroots initiative combatting the surge in hate crimes against the Asian American community since the start of the pandemic. By mid-March 2021, 886 was able to donate 2,500 meals and $51,000. Though they acknowledge there is still a lot of work to be done, they hope their efforts are a drop of positivity in society. We hope 886’s efforts and Law Chen’s documentary go a long way to making this possible.

What do you think of the Stories in Place: 886 documentary? Let us know down in the comments.

Slack Is Bringing Out the Big Guns with This Future Feature

7 Green Ways To Travel When You’re A Nature Lover 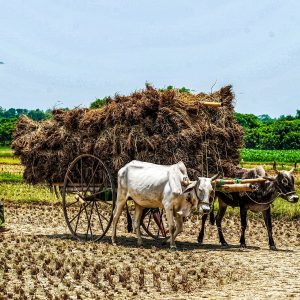 Listen to this article now According to Atul Nair, a security expert, the Aadhaar numbers of more than 110 million...