I was a huge Bone Thugs n Harmony fan. As a matter of fact, I still am. One of the earliest Hip Hop music videos that I can remember watching was the video for Bone Thugs n Harmony’s eerie single “E. 1999,” off of their chart-topping album, “E. 1999 Eternal.” I remember watching it with my older brother, Peter. The video was filled with haunting scenes, and had a creepy, dark vibe, with images that perfectly set the mood and tone for the menacing beat. Produced by DJ Uneek, the sinister-sounding synths and gloomy bells, that sound as if they were lifted from the classic horror film, “The Omen” provided the perfect backdrop for the threatening chant, “Cleveland is the city where we come from, so run, run,” making what could have easily been a very corny sounding musical bridge into a dire warning towards outsiders of Ohio’s most well-known city.

Of course, none of this would have come as a shock for early fans of the Cleveland group’s music, whose first album, titled “Faces of Death,” had a song where each member had dealings with Satan himself, before ultimately turning against him. Several of their projects even contained odes to ouija boards. My young ears didn’t quite fully understand everything that I was exposed to in their music, but I knew it was different from a good amount of the other Hip Hop that my friends and I were listening to at the time. A little further south, in Memphis, Tennessee, Bone Thugs n Harmony’s rivals, Three 6 Mafia, was busy cooking up their own brand of Hip Hop, infusing elements of horror into the music they made. While the Eazy-E helmed Ruthless Records’ Bone Thugs albums were soaked in the Southern Californian sun, embedding them with a G Funk influence, Three 6 Mafia’s early albums were dark and apocalyptic, with even their relatively bright and upbeat songs sounding as if they’d provide the perfect soundtrack to a nighttime murder scene. With their violent and nihilistic lyrics, and bleak, dread-inducing production, no one would doubt that Three 6 Mafia sonically lived up to their name.

From The Geto Boys to the Gravediggaz, to Esham, Necro and Ill Bill, and even rap megastar Eminem, Hip Hop and horror have had an interesting relationship over the years, spawning at least one subgenre, which is called Horrorcore. Even acclaimed actor Will Smith (as part of the duo DJ Jazzy Jeff and The Fresh Prince) did his own interpretation of Wes Craven’s Nightmare on Elm Street film series, titling his version “A Nightmare on My Street.” It’s gotten to the point where it’s no longer surprising when a Hip Hop artist releases material with horror themes. The question I’ve always wondered is; why? Maybe it’s my own stereotyping of the genre. One can argue that the very origins of Hip Hop are rooted in horror, being born from the poverty and trauma of the Bronx, New York. Buzzing Hip Hop artist and filmmaker 8-bit GOAT disagreed with me, during a phone conversation we had while I was in the middle of writing this piece, where we discussed a number of things, including his upcoming projects, specifically his animated horror film, “Stories From The Cemetery,” as well as the Saw series of films, after having seen the trailer to the latest film in the franchise, and the irony of zombies in media not dying off anytime soon.

“To be honest, I don’t think it’s that serious. I get what you’re saying, but people like what they like. It’s definitely not as deep as, ‘oh, Hip Hop was birthed from deep rooted trauma in the inner cities.’ People have all sorts of interests. Basically, I think this is just how people choose to express themselves. That, and marketing. A lot of stuff comes from people just trying to get attention, but a lot of it is definitely genuine.”

That makes sense. Maybe I’ve been looking too deeply into this. It’s obvious that 8-bit GOAT is a fan of the horror genre, being that he spent a good 15 minutes telling me about it, but it’s also interesting that it doesn’t come across in any of his music that I’ve heard. Certainly, he’s not the first Hip Hop artist to take the genre from the studio to the front of the camera (I have fond memories of seeing Snoop Dogg in Bones).

Regardless, it will be interesting to see where Hip Hop artists’ creativity will take the genre, and whether that will be via film, music, books, or other forms of media, I’m sure someone will give me that same feeling that I had as a kid, watching Bone Thugs n Harmony with my older brother.

3 Things You Need To Help Your Business Survive A Crisis

Barry is a soon-to-be-published author, writing a book on Hip Hop and its effects on middle America. 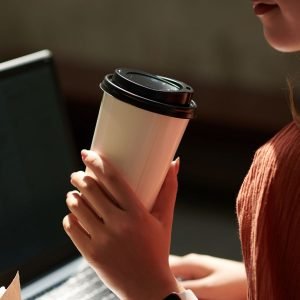 10 Tips That Will Help You Be Prolific as A Freelance

Listen to this article now We have all seen it. The boss, decked out in his expensive suit, and driving...