Most Americans seem to have more time on their hands due to the pandemic. Being stuck at home means that binge watching your favorite TV show was most likely a highlight of your entire weekend. In fact, streaming services have become more popular than ever. Netflix seems to knows the demand and has decided to raise the monthly cost of their services. As of late October, the cost of Netflix (US) has raised a dollar more for a standard account. For premium accounts, the price increase is two dollars.

Netflix knows that they can boost charges for a few reasons. First, streaming services make up of a quarter of all television watched. Even traditional media companies like NBC and CBS have created their own streaming service in response to the success of Netflix and Hulu. Launched only this year, NBC’s Peacock has announced 20 million subscribers.

While Peacock offers a free version with advertisements, Netflix competes with them with the amount of content they provide in comparison. The amount of content Peacock provides is impressive; however, Netflix is in a league of their own. Netflix has reported they release over 700 titles a year. They also release their own content regularly. Even with the pandemic in full swing, they have managed to introduce new original shows and movies, along with releasing new seasons of their already beloved originals. In the past month, Netflix released The Queen’s Gambit, Holidate, Emily in Paris, and Ratched, to name a few successful stints. xxx

A second reason why Netflix believes they can boost their rates is because of their proven loyal customers. While there are more streaming services than ever, their churn rate is the lowest among competitors, sitting pretty at 2%. For comparison, CBS All Access’ churn rate is 8%. Netflix was the first of streaming services and is proving it is not going away anytime soon. In fact, their business model and stocks are going up.

What has been your favorite Netflix original to binge? Let us know in the comments.

How to Capitalize on Product Photo Trends for Online Sales

5 New Jersey Entrepreneurs Say How To Be Your Own Boss 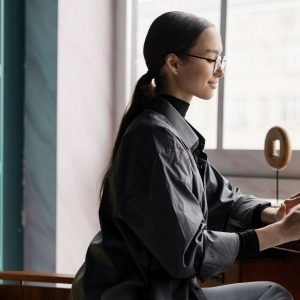 Listen to this article now Whether you have started a new business or want to create a buzz with your...