Streaming All at Once

The art of streaming all at once has become the next big thing. Binging has become huge within the mainstream world. Now more than ever, millions of homes are able to binge seasons of shows within days instead of waiting until it comes out on DVD or until a new season episode drops the next week. This has in turn showed how binging has turned episodes into art, creating conversations within days instead of weeks or months at a time.

The only downside to this tactic is that once a show is put out at once, viewers talk about it for a certain period of time until something new hits, and the old show is forgotten until a new season drops. While streaming sites like Netflix and Hulu have made this move distinctive within their streaming services, they do have their own understanding that this model has its limitations. Is this strategy here to stay? Or will it fade into the back in order for streaming sites to focus more on streaming weekly?

While streaming all at once has become more popular recently, streaming weekly has always been a staple to television. With streaming shows weekly, your audience is able to build the attention of the show for a longer amount of time. Since audiences are watching for over a few months, there are more opportunities for viewers to give their undivided attention to their show in order to create buzz that lasts longer. The only downside to this is that streaming weekly is essentially a losing art form in the television industry.

In the age of streaming shows at once, streaming sites like Disney Plus and HBO Max are willing to take viewers along for the ride as their shows are dropped over the course of weeks instead of days. Even though streaming weekly is making a comeback thanks to WandaVision and the Gossip Girl reboot, it is still a dying breed as shows like Stranger Things and Orange Is the New Black have been able to garner mainstream success without conforming to traditional TV releases. Is the art of streaming weekly making a comeback? Or will it accept defeat at streaming at once becomes the new way to watch TV?

Streaming All At Once VS Streaming Weekly: The Winner

Now the real question remains, which streaming style creates better investments overall, streaming all at once or streaming weekly? To be quite honest, they both create great investments for streaming services. If there had to be an answer, that answer would have to be streaming weekly. While both tactics have worked wonders for streaming services, the move of streaming shows weekly has helped tremendously create better investments for streaming overall. With moves such as pairing up with phone companies like Verizon and AT&T, it gives customers the opportunity to use these services for free and create greater revenue to their company. Even though the option to stream either weekly or all at once is ultimately up to the services, it’s up to us to decide whether or not to buy into what they’re selling. So stream something today, and whether it’s on Netflix or Disney Plus, at the end of the day, we’re all doing the same thing and watching shows at all hours of the day.

Which service do you think creates a better investment: streaming at once or weekly? Let us know in the comments below.

Hudson Taylor And The Sticker That Changed His Life

No Such Thing Founder Removes Labels By Educating Kids About Disabilities 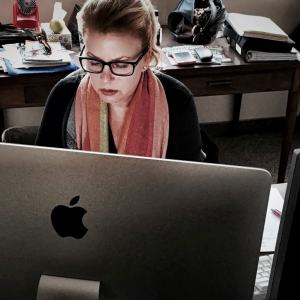 Listen to this article now Mental health according to the WHO (World Health Organization) is “a state of well-being in...