The Office is considered to be one of the best comedies to come out of television. It’s funny, relatable, and presents the average day-to-day office setting. But how accurate is The Office to an actual office setting? As the show presents itself as satirical, poking fun at the mundane life of an office worker, it does however bring up the case of its reality. Whenever we do bring up The Office, we never really discuss how true the show really is. Although it is just a fictional show, entrepreneurs are able to take away concepts and ideas about the average office setting and apply them to their own businesses. Is The Office as accurate of an office setting as the entertainment industry makes it out to be?

What The Office Gets Right

First, we need to talk about what The Office does right. Throughout the show, we can see how the offices of Dunder Mifflin reflect on the everyday setting. For example, showing the employees of Dunder Mifflin making business sales at least once every single episode throughout its run. It’s very important to show this aspect of an office setting as it is the most recognized action used in a work environment. We can also see other situations used in an office setting like taking part in meetings. During most episodes, we see Michael Scott and the rest of Dunder Mifflin run weekly scheduled meetings throughout the series (even though some of the conversations in the meeting end up straying away from business-related discussions, let’s be honest).

There are also times where work-related trips happen on the show that also give a realistic view of an office setting such as the time Dunder Mifflin traveled to Tallahassee, Florida to set up Sabre stores. All of these points from The Office show how the average office setting is reflected in an accurate way and it presents them as examples you can for sure notice in your average work life.

What The Office Gets Wrong

Next comes the part no one wants to talk about, the things The Office gets wrong. While there are some accuracies to the office setting that they show, there are also some inaccuracies that they are willing to present just for entertainment purposes. Although every single company is different, what they show on The Office is sometimes just not realistic for the everyday office.

For example, creating an awards show called The Dundies to hand out awards to people every year. We can also see this whenever Jim decides to prank Dwight throughout the series. And while it is on point for a company to go on a business trip, it isn’t exactly realistic to go on a non-work-related trip with all of your coworkers such as Dunder Mifflin actually traveling to Gettysburg to learn about the battle of Gettysburg. With The Office showing inaccuracies of the average office setting, we learn what to expect when working in an office environment and see how some things that happen on TV don’t end up happening in real life. We get to discuss how The Office presents their version of an office setting and what we can take from it.

So the question remains, does The Office portray an everyday office setting accurately? The answer is yes, but to an extent. It shows a lot of realistic situations that would happen such as work-related business trips, office meetings (although the meetings don’t usually stray far from work-related conversations), and making business sales. Some unrealistic situations happen on the show as well, such as non-work-related vacations with the whole company, planning office parties every week, and pulling pranks on your co-workers. And while you do have to deal with co-workers who act like Jim, Pam, Dwight, etc., you probably won’t have to deal with a boss like Michael Scott. Even though it is a satirical show, it does bring some accuracies to the typical office setting that most shows fail to present. So if you’re a fan of The Office, keep on watching the show without feeling guilty about it not representing the complete truth.

Does The Office portray an accurate picture of the office setting in your life? Let us know in the comments.

3 Non-Fiction Writers That Immigrated To The U.S. 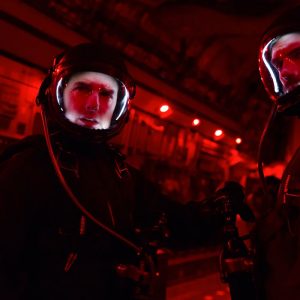 5 Movies You Can't Miss This August

he summer movies season is almost coming to an end but the month of August has what looks like to...