It is no wonder that the stunning and talented songstress Vivi Hu has become an emerging talent on the U.S. music scene. Her musical style is a fusion of jazz, R&B, soul, and Mandarin pop. She has managed to blend her cultural roots into her musical repertoire. The focus of her lyrics are of someone dealing with the struggles and accomplishments she has faced during her time in a new land.

“For me, the most important thing is to present people who are like me: who come from an Asian culture, but living in the United States. This is not a “mainstream” group, but I think they are the ones that I should present and talk to first. Then I think telling our shared unique stories in a way that both Asian American and mainstream audiences can relate to is the next step.”

Her debut EP New Creation was a pure example of how her music touches upon the spiritual aspects of life. One of the tracks from that EP “Rest in You” won the Global Music Award (Silver Medal) for Gospel music, female vocalist, and lyricist/songwriter. Making NY her home she has graced the stages at such venues like Silvana Club, the City University of New York Gospel Festival in New York City and more. Outside of that she leads a band called Bubble Dream that plays a mix of jazz, R&B, Chinese folk, and a splash of gospel.

Currently, Vivi is due to release a new single entitled “Oolong Tea” on September 21st. This one is closer to home as the song speaks of the pressures of an immigrant artist in America. The track is in Mandarin outside of the chorus, which is in her dialect Hokkien (“the scent of tea, the scent of tea, it’s you”). Besides this release she is due to perform at the Queens Theatre on October 23, an event sponsored by the City Artist Corps Grants. She has already performed at the United Nations Headquarters, Flushing Town Hall, Museum of Chinese in America, Queens Library, and Asian American & Pacific Islander Heritage Festival in New York City.

“The single talks about how I’m chasing my dream in a foreign land. There are many difficulties to overcome. Some days, I belong, and some days feel like I don’t. But when I drink oolong tea in Chinatown, it helps me relax, makes me feel at home, reminds me why I started this journey and motivates me to keep going. I think everyone has something that will remind them of home. It could be a snack, a specific plant, etc. So, I hope while I share my story, it’ll remind the listeners of their home and gives them warmth and strength.”

The show she has coming up will have a theme called “Under One Sky”. It will be a one-hour performance where Vivi will be singing songs in Chinese and English. The songs will involve elements of the moon, stars, sky, and love. Her goal is to show though we all have diverse cultures, languages, instruments, colors of skin, we share the same sky and love. The songs are rearranged in a way that they combine Lo-Fi Hip Hop, jazz, R&B, Chinese folk, and mandarin pop. Dancing and poetry reading will also accompany the music.

Coming up in 2022 Vivi will be releasing a new EP that will include the single “Oolong Tea”. Other songs like “Free” tell us a story about her daily pressures and how she found hope and there is “Rose in the Snow” that depicts her growing confidence and drive to succeed. Soon, Vivi is looking to release purely English tracks, but when the time is right. Her music has already resonated with fans worldwide and she hopes this will grow so others can rejoice in her talents.

The Best 401(k) Plans For Entrepreneurs 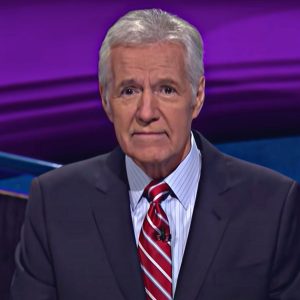 According to The Washington Post, Mike Richards, has stepped down as the new Jeopardy host. So who will replace Alex...