If you haven’t seen the HBO smash hit show that has been on for three seasons now, then this is a good introduction to its patriarch, Logan Roy. Logan Roy, the genius behind Waystar RoyCo. He is tenacious, unrelenting, aggressive, and formidable. When he enters a room he commands attention. He is pragmatic, methodic, always looking for angles, looking for peoples angles, and always believes someone wants something. He’s a father, husband, and friend. Above those three he is a businessman. Logan gets what Logan wants by submission or steamrolling.

So, what are some lessons we can learn from Logan Roy from HBO’s Succession? Here are a few takeaways for you.

Go After What You Want

Be absolutely unforgiving about what you want. Think very diligently about what you want, then simply go after it. Let go of all distractions including family, friends, and other ideas. But don’t forget them. Write them down and put them to the side. While people go out and party, Logan chooses to do business. Perhaps you should turn down mimosa Sunday, happy hours, and a few other party days to pursue what you want. Have tunnel vision on what you want.

Ignore What Others Think

Don’t give AF about what others think (to a certain degree). Granted Logan is known for telling the FBI to “F off”. However, if you believe in your ideas and goals then no one else should matter, except the key players you need to bring on your side. Oh, he also told the house speaker to “F off”. Yeah, he’s that kind of guy.

Managing your power players can get difficult if you don’t have proper leverage. Logan teaches us to always, and I mean always, have leverage on the partners you work with. If you lose, remind them that you are a factor and they will lose just as bad. You are a rock, immovable and solid, but if your partner tries to make it rain, you remind them that you can slide just a bit to push them off. Leverage is a major key.

Look for the Angle

Always be looking for the angle. If a deal has been brought to you, then you should ask questions. “Why do they want me? Who else is involved? What do I have to give up? Is this a scam? What’s the real deal? Are the numbers solid?” Someone is perhaps out to get you. You never know until you do the digging, so dig deep and get solid findings.

Know Who You Are

Have two to three solid people in your circle and expand the circle from there. Too many people in the mix is never good. Think about every gangster flick you’ve ever seen. When the group is too big and everyone knows what’s happening, it always fails. Keep your circle small!

Trust—but never trust anyone in business, and life for Logan. He always has multiple contingencies in place, in case one doesn’t work out. Hence leverage. Use the leverage. Logan does not hold back on anyone, including his son, Kendall. (Spoiler) When Kendall gets into a car accident at the end of season one and kills the passenger, Logan promises to make the case disappear if Kendall gives up trying to take over the company. Not Father of the Year material.

Always establish your dominance in all meetings and settings. If you command the room when you walk in, that’s step one. That second step is being firm in voice and mannerisms, your vision, and conveying messages clearly and accurately.

These are only a few things we learned from Logan Roy on Succession. When I say that he is not the father of the year, nor the person of the decade, his business plays still have propelled him into cinematic greatness that we all love and hate. Learn more yourself by checking out season 3, which is playing now on Sundays. I certainly recommend watching all the seasons. Next, we’ll dive into Kendall Roy, second oldest son of Logan Roy, Logan’s protegé. Kendall, like his narcissistic father, has a killer mentality and is also a visionary and family man.

Go after what you want and your desires. Be relentless and focused in your pursuits and your hard work will meet you at your desired destination.

What else have you learned from Logan Roy on Succession? Let us know down in the comments.

Dancing His Way To The Top: Justin Corbo

Is the software audit an essential part of software development? 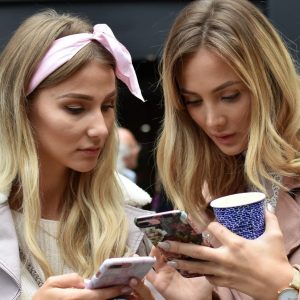 Listen to this article now Being idle is no longer a viable option for Gen Z. Teens are evolving right...