Love them or love to hate them, ’tis the season for Christmas movies. With Hallmark releasing 41 new Christmas movies this year, plus over 20 new movies and shows on Netflix, you have a plethora of fresh holiday content to choose from. Here’s our list of the 7 best Christmas movies to watch in 2021.

P.S. There’s no need to catch Home Sweet Home Alone on Disney Plus. It’s bad, but not the good kind of bad you can make fun of.

Hallmark loves a white Christmas, so it is refreshing to see Black leads in 2021. The sneak peek of Christmas in Harmony give us a cute glimpse into a reunion between Ashleigh Murray and Luke James as they are on their way to a holiday chorus audition. Little does Murray’s character know, the chorus is directed by her ex-boyfriend. With backup talent like Loretta Devine and Michelle Williams,Christmas in Harmony promises joy and great musical numbers.

Single All the Way

One of the most talked about Christmas movies this year, Single All the Way boasts all the clichés and misunderstandings you expect from a Christmas movie, except centered on LGBTQ+ leads. Michael Urie is tired of his family judging him for being single, so he convinces best friend Philemon Chambers to pose as his boyfriend for Christmas. However, Urie’s mom, Kathy Najimy, already has plans to set him up with her personal trainer. Barry Bostwick joins the cast along with Jennifer Coolidge, who is sure to steal the show.

Father Christmas Is Back

Kelsey Grammer returns as an estranged father paying a visit during the holidays in Father Christmas Is Back. His four daughters, played by Elizabeth Hurley, Nathalie Cox, Caroline Quentin, and Talulah Riley, have all had to deal with his absence and each other’s wild personalities over the years. Throw in John Cleese and April Bowlby playing Grammer’s young American girlfriend and you have an over-the-top comedy waiting for you this Christmas.

Boyfriends of Christmas Past

What’s a Hallmark Christmas movie without a marketing executive too caught up in work to realize true love? Catherine Haena Kim lets love slip away all too easily and doesn’t realize her best friend, played by Raymond Ablack, is the perfect guy for her. When she falls asleep working late on a project, her ex-boyfriends show up to help her see the truth. Will Kim’s character finally acknowledge her fear of commitment before it’s too late? Hopefully while finding the right balance between work and love.

The Princess Switch 3: Romancing the Star

2018’s The Princess Switch was so popular, it was followed up by two sequels in 2020 and 2021. In The Princess Switch 3: Romancing the Star, Vanessa Hudgens plays Queen Margaret and her doppelgänger, Princess Stacy, as they try to crack the case of who stole a priceless Vatican relic from their vault. To accomplish this, they enlist the help of anotherdoppelgänger, also played by Hudgens, to steal it back. Their plan calls for another switch. If all this sounds like a disaster, it is. But you have to see it for yourself.

Un Navidad No Tan Padre (Grumpy Christmas) is a sequel to the 2016 Mexican comedy Un Padre No Tan Padre. Héctor Bonilla plays a patriarch who agrees to spend Christmas on a beach with his daughter-in-law’s family. However, his daughter-in-law’s aunt, played by Angélica María, is very demanding and refuses to allow the family to partake in traditional Christmas activities. While there is more behind María’s character, Bonilla sets out to have Christmas his way and launches a family war.

No Christmas movie list is complete without Lacey Chabert. The former Party of Five and Mean Girls star has appeared in 27 Hallmark movies since 2010. Her latest film, Christmas at Castle Hart, sends her to Ireland as a woman reconnecting with her Irish roots. When she meets the Earl of Glaslough, he mistakes her for an elite party planner and hires her for a Christmas party at his castle. Will she be forced to come clean before getting herself in too deep? Not before she falls in love.

Have any more 2021 Christmas movies we should watch? Let us know down in the comments.

How Is The Pandemic Playing Into High Stress Work Environments In India?

Everything You Need To Know About Debtor Finance 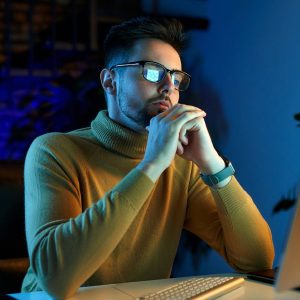 Listen to this article now Part of being human—especially a human who runs a business—is having to do things that...