Not feeling up to par isn’t anything to be ashamed of. We all go through it. In today’s pace, even during the pandemic, we’ve been programed to go, go, go! It’s important for entrepreneurs to take some “me time” and just chill. Whether it’s a stay-cation, or just taking some time off to regroup, it’s okay. Not to mention the down time one craves after a romantic break-up, even if it wasn’t that serious.

Contents
1980s“Rock It (Prime Jive)” by Queen“Don’t Stop Believing” by Journey“Flashdance Theme (What a Feeling)” by Irene Cara“Walking on Sunshine” by Katrina and The Waves“I’m Still Standing” by Elton John1990s“Tubthumping” by Chumbawamba“Smooth” by Santana, featuring Rob Thomas“No Way Out” by D-Generation“This is How We Do It” Montell Jordan“Livin’ La Vida Loca” by Ricky Martin 2000s“So What” by Pink“Get the Party Started” by Pink “Hot N Cold” by Katy Perry“Life is a Highway” by Rascall Flatts“Last Night” by The Strokes2010s“Forget You” by CeeLo Green“Moves Like Jagger” by Maroon 5, featuring Christina Aguilera“Firework” by Katy Perry “Electric Love” by Borns“Happy” by Pharrell Williams2020s“Bad Guy” by Billie Eilish“Midnight Sky” by Miley Cyrus“Don’t Stop Me Now (Live)” by Queen + Adam Lambert“Drunk (And I Don’t Wanna Go Home)” by Elle King and Miranda Lambert“Girls Like Us” by Zoe Wees

But when it’s time to get groovin’ again, we’ve got you covered. Whether you’re re-entering the work force, trying to get back into shape, or ready to jump back into the dating pool, here’s The Ultimate Motivational Playlist, persuading you from decade to decade!

“Rock It (Prime Jive)” by Queen

Freddie Mercury warms you up with a sweet vocal intro, then drummer Roger Taylor takes over rocking out on vocals and drums. This tune will definitely get you up and running!

A powerful rocker that serves as a “go to” to remind us not to stop believing in ourselves.

“Flashdance Theme (What a Feeling)” by Irene Cara

A song to embrace when you’re on top of the world and ready to celebrate!

“Walking on Sunshine” by Katrina and The Waves

If you love your career, here’s your perfect Happy Monday track!

An absolute anthem to get you going and keep you going.

Knocked down? Get up again with Chumbawamba!

This feel-good grooving jam will put you in major motion.

“No Way Out” by D-Generation

An American punk band that ruled the 1990s with three albums and critical acclaim. “No Way Out” is hard, provoking, and enthralling.

“This is How We Do It” Montell Jordan

The party is underway, and this is how we do it!

“So What” by Pink

Bad break-up? A bit of a glitch in your career? So what! You’re still you and you can make it all happen again—rock star!

“Get the Party Started” by Pink

Pink ruled the charts in the 00s and this glitzy dancefloor single will get anyone jumping.

It’s a song about an indecisive boyfriend, yet peppy enough to make you dance your way into anything the new day has to offer. Super fun!

“Life is a Highway” by Rascall Flatts

A feel-good country pop hit that can get you pumped to start your day—or weekend.

“Last Night” by The Strokes

An awesome driving force of a song you’ll quickly get hooked on…if you’re not already.

“Forget You” by CeeLo Green

Is there someone in your love life or career who doesn’t appreciate you? Get in the groove of this number and forget them.

If you gotta move like someone, it may as well be Mick Jagger! A perfect ode to a Rolling Stone who has gathered no moss during his (almost) 60-year career as a rock star!

When you’re feeling low, this song can certainly be the best friend who helps you get back up.

Nothing beats that emotion of being so in love that you feel you can conquer the world. “Electric Love” will help you get there.

“Happy” will get you up, dancing, and feeling glad to be alive. It doesn’t get much more motivational that this!

An enticing, upbeat, fearless song for those who don’t like to play it safe. And why should you?

Nothing says “freedom” more than “Midnight Sky.” A driving force reminding us to be true to ourselves.

“Live Around the World, released in 2020, is the album Queen + Adam Lambert fans were waiting for. Originally released on Queen’s “Jazz” album in 1978, this song is a show-stopper that makes listeners feel like a royalty.

What’s more rousing than female empowerment? Two bad ass gals having fun encourages us to do something out of the box, whether it’s work or play.

And then there are the moments you need to embrace the trying times and hear a powerful relating song that helps you get a good cry on. This song is it. Because when you’re at your lowest point, the only place to go is back up again!

What songs are on your motivation playlist? Let us know down in the comments. 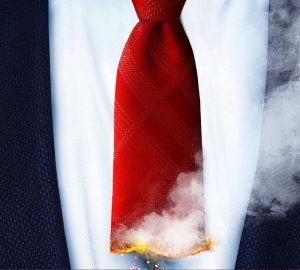 What's The Parler App And Why Did Apple Scrap It From Its Store?

This year started off crazy despite our hopes for something new and fresh. From the riots to the consistent violence...