With startup culture on this rise across the globe the population of entrepreneurs has also been increasing, and with a large number of entrepreneurs comes a great amount of competition in the business world. So it’s a given for entrepreneurs to feel stuck at times or demotivated and it’s normal for them to turn to something to read or watch to get their juices flowing again.

If you are an entrepreneur then, I am sure you relate to this and need something to keep you going. Motivation is a factor that everyone needs to succeed, even the richest of entrepreneurs. So, here’s a list of some amazing Bollywood movies which will give entrepreneurs a much-needed boost.

A movie that is a combination of inspiration, comedy, love, and emotion. The movie depicts the story of three university friends who have a different perspective of education. 3 Idiots fertilizes the concept that no degree or certificate can prove someone’s knowledge, skills, and talent. This movie impels viewers to ponder beyond the set norms to lead a fulfilling life. This movie has broken many box office records, so it should be a number one movie to watch on the list.

This movie doesn’t directly promote startup or entrepreneurship, but it will surely motivate any entrepreneur. Wake Up Sid is about a lazy college boy who just sits around and also happens to come from a rich background. After some familial arguments with his father regarding Sid’s career, Sid moves out of the house and starts living on his own. Only then does he realize the struggles of being a middle-class individual. This movie will keep you on the edge of your seat as you wonder whether Sid makes it on his own or not.

The title translates to “Life Will Never Come Back” – a coming-of-age road movie full of drama, love, emotion, and last but not the least, perspective to look at things and keeping yourself mentally fit. This movie depicts the life of three childhood friends, Arjun, Imran, and Kabir, who reunite for a three-week road trip.

All three friends have different agendas for going on the road trip. Arjun is over-obsessed with his work and is forced to go on the trip by his friends. Kabir and his other half, Natasha, are having some misunderstandings so they want to take a break from that. Lastly, Imran wants to meet his biological father who is an artist.

This movie is definitely a reminder for everyone, especially entrepreneurs, that along with work their mental health is important as well and it is crucial for people to take breaks and get a fresh view of the world from time to time.

This movie is a biography of a late former Indian athlete also known as Flying Sikh. His life has been full of drama so the movie had to be dramatic. This movie takes you back to the time of the India-Pakistan partition in 1947 and the violence that took place in both parts as well as the repercussions through Milkha’s memories. Bhaag Milkha Bhaag which translates to “Run, Milkha, Run” is full of sweat, blood, inspiration, hard work, and success. This movie is going to leave any entrepreneur pumped with creativity and inspiration.

This movie translated as “Goal” tells you about the life of a young man who has no goal in life and then develops into an army officer. This movie also depicts the fear of failure and then rising up from it. This movie will motivate any entrepreneur who has been stalling in making a tough choices and final decisions without any fear.

When the captain of the Indian Men’s National Field Hockey Team suffers a huge loss to Pakistan’s hockey team, he is shunned from the sport as well as society. After seven long years, he wants to prove himself innocent so he takes up the challenge of bringing a world cup home by coaching sixteen female aspiring hockey players. He does so during an era when Indian society believed that women weren’t supposed to play sports. This movie depicts emotion, drama, inspiration, humility, feminism, and redemption. Chak De! India is indeed a sports movie, but, for entrepreneurs, it is a movie that teaches humility.

A 1976 movie which is set up in rural India depicts the struggle of Mr. Rao in establishing milk production and distribution during the era of the White Revolution. This movie features the earliest example of entrepreneurship.

This movie is ahead of its time and indeed a hit depicting the life of 4 individuals coming from middle class families. The movie is all about doing wrong things, but in a right way. Badmaash Company broadcasts a message that to become successful you don’t need a big amount of cash, only a big idea. This movie is set to inspire any aspiring entrepreneur.

9) Once Upon A Time In Mumbai

This movie is all about a smuggler in the era of 1970s Mumbai and a young gangster who tries to overthrow him and a cop who is stuck in the middle of this fight. This movie depicts all the under-the-table transactions and betrayals. For entrepreneurs, this movie is sure to make you aware and cautious of all the unethical practices that can go on under your nose.

This movie is about a young man trying to set up a business on his own, but fails incredibly. On top of that, he gets burdened under a huge pile of debt. He then gets tangled in a web of lies, proposes to his girlfriend, and later gets sued by his girlfriend’s father. Manzil depicts the struggle of an aspiring entrepreneur and inspires you to follow your dreams and ambitions.

A true inspiration for entrepreneurs, based on the real life of Dashrath Manjhi who carves his path on a mountain, despite the hurdles and difficulties in his way. He follows his dream till the end and this movie will keep you biting your nails in anticipation of how he is going to overcome his next challenge.

This movie is about a scientist who works in NASA and goes back to India to find his village struggling for a basic need—electricity. So he goes on a quest to get his village the much needed development. This movie teaches you to not forget your roots, think about what you can do for society’s development as an individual, and what you can contribute, especially as an entrepreneur.

This movie is based on the Victorian Era where villagers put their future as a stake on a cricket game against the cruel and ruthless British rulers. Some of the players from the villagers’ team are people who have never played cricket before, so it is a delight to watch the highs and the lows of the game as well as the movie. Lagaan also gives viewers a peak of the condition on India under British Rule. This movie is set to broadcast a message that anything can be done if a team works towards it, including the leader, by keeping one goal in mind.

We hope you loved this list and you are inspired to watch these movies already!

Let us know in the comments if we missed any inspiring, must-watch Bollywood movies for entrepreneurs. 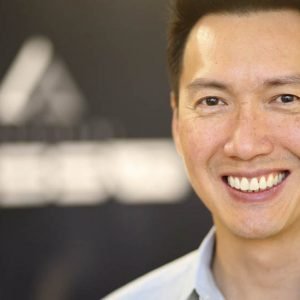 Chris is the founder and CEO of MassVR, a team-based virtual reality space in Skokie, Illinois. He is also a...