Whether you’re looking for some theatrical inspiration to keep yourself motivated during quarantine, get your entrepreneurial venture off the ground, or just need something to kickstart your creativity, then these classic films are for you. The movies below tell harrowing stories of humanity, highlighting the moments of courage and commitment that led to some of the greatest successes—and sometimes, the greatest failures.

Contents
The Pursuit of HappynessThe Wolf Of Wall StreetPirates of Silicon ValleyBoiler RoomFyre: The Greatest Party That Never HappenedSteve JobsEnron: The Smartest Guys In the RoomThe Inventor: Out For Blood In Silicon ValleyThe Social NetworkWall Street

The Pursuit of Happyness

This is a 2006 biographical film that tells the story of a salesman named Chris Gardner. Gardner is struggling personally, financially, and has ultimately found himself at rock bottom as a homeless and unemployed salesman. Despite making a lot of the seemingly “right” choices in his life, he is still very poor and living dollar to dollar. The movie walks the viewer through his journey, sharing how he re-prioritizes in order to build a better life for his son. Jaden Smith was nominated for the MTV Movie Award for Best Breakthrough Performance for his role in The Pursuit of Happyness. The movie was an instant classic and is a wonderful example of how courage, commitment, and motivation can go a long way.

Directed By: Gabriele Muccino
Starring: Will Smith and Jaden Smith

The Wolf Of Wall Street

This 2013 film tells the true story of former stockbroker, Jordan Belfort, who ended up committing fraud and various other crimes during his time on Wall Street. Both his great success and crimes dubbed him “The Wolf Of Wall Street.” In this movie, Jordan Belfort makes a huge profit by defrauding wealthy investors out of millions. The viewer is able to see Belfort at what is generally considered the peak of his existence, and watch his downfall. It is an intimate and unique lens into the life of a sketchy millionaire.

This movie was based on the 1984 book, Fire In The Valley: The Making Of The Personal Computer. Pirates of Silicon Valley is a made for television biographical drama that explores the intense rivalry existing between Steve Jobs and Bill Gates between 1971-1977. The brains behind Apple and Microsoft went head to head in the making of the first personal computer. The film delves somewhat into each man’s personal lives, motivations and backgrounds, as well as the fiery rivalry that kept everyone on their toes.

If you enjoyed The Wolf of Wall Street, you’ll like Boiler Room even more. This is a 2000 American crime drama that tells the story of a college dropout who runs an unlicensed casino out of his home, before he is recruited to work at a brokerage firm and promised it is his ticket to “get rich.” The film is loosely based on Stratton Oakmont, the fraudulent stocks trading company funded by Jordan Belfort.

The hype behind this topical Netflix film spread like wild…fyre. This 2019 documentary walks us through the rise and fall of the fraudulent Billy McFarland, who planned the Bonnaroo-esque luxury music festival on a private island called “Fyre Festival.” In theory, the event was designed to cater to the upper-class, consist of a variety popular bands, private villas, drink packages, and more. In reality, the event was…nonexistent. To grasp the scale of this fraud fully, you’ll have to tune into the documentary on Netflix. We meet some of McFarland’s employees, some of the would-be guests that purchased tickets, and some others who’s lives were heavily impacted by McFarland’s shady business dealings.

Michael Fassbender plays the iconic Apple co-founder Steve Jobs in this 2015 biographical film. It is an adaptation of the 2011 biography (by Walter Isaacson) and it tells the story of three pivotal points in Steve’s life, and covers major events in his life between 1984 and 1998. The movie is an excellent resource if you are curious about Jobs’ path to success and his personal life/family ties. Fassbender was nominated for Best Actor for the film, while supporting actors and actresses received nominations as well.

Enron: The Smartest Guys In the Room

Enron: The Smartest Guys in the Room is a 2005 documentary based on the 2003 best-seller by Bethany Mclean and Peter Eklund. The documentary goes behind the scenes of the 2001 fall of Enron Corporation, which is considered one of the greatest business-related scandals in American history. It contains interviews with many of the key players of the scandal, and provides various points of view from stock analysts, former employees, reporters, etc. The documentary won the Independent Spirit Award for Best Documentary Feature and Best Documentary Screenplay. For a detailed breakdown of the scandal, check out the documentary on Amazon Prime or another streaming service.

The Inventor: Out For Blood In Silicon Valley

The Inventor is a 2019 documentary that examines the rise and fall of Theranos, a multibillion-dollar biotech company that was posed to transform the healthcare industry. The film is primarily focused on Elizabeth Holmes, who was the founder of Theranos. It contains occasional flashbacks to the days of Thomas Edison, tying together the shared history of first failing, failing again, and failing a third time before one succeeds.

It’s unlikely that you haven’t heard of the 2010 biographical drama film, The Social Network. The movie tells the story of Mark Zuckerberg: Harvard student, genius, and eventual creator of the extremely popular social service, Facebook. Zuckerberg began building Facebook while he was still a Harvard undergrad, and the film documents his journey to becoming one of the youngest billionaires in history. It doesn’t stop there—Zuckerberg’s fame and success was eventually thwarted by lawsuits and other legal barriers. It’s a must watch for anyone with an itch to be an entrepreneur.

Wall Street is a 1987 drama and contains the famous “Greed is good” speech, delivered by the charismatic Gordon Gekko. In short, the film documents the relationship between a young stockbroker and a wealthy corporate raider. Wall Street has themes of ambition, greed, and sacrifice. Douglas, who played the corporate raider, won Best Actor for his role and the film is now considered an archetype for money-driven success in the era of the 1980’s on Wall Street.

What other classic entrepreneur movies did we miss? Let us know down in the comments.

Here Are The 5 Best Fitness YouTubers For Men

Chris Forson is a writer and entrepreneur who cares deeply about the hustle of trying to become an entrepreneur. He hopes in the future to live in a world where his entrepreneurial dream comes true. 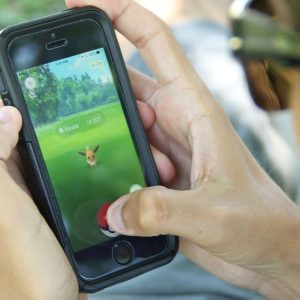 Effective Tips For Creating A Successful Mobile Game In 2022

Listen to this article now The mobile gaming industry is rapidly growing and is only expected to reach new highs...