When you invite someone back to your place, are you obligated to let them sleep there afterwards?

I think in general, you shouldn’t assume that going back to someone’s place with them will mean a sleepover—no matter what time it is. People have routines, jobs in the morning, pets that require bed space, other strange ailments that prevent them from having slumber parties. And, as a kid that made his parents pick him up from pretty much every sleepover he ever attended, I really don’t understand the desire to sleep in a near-stranger’s bed.

But, your question was the reverse of this. Are you obligated to offer your strange bed to a stranger, post-coitus? As egalitarian as I try to be in these answers, I think I have to gender this one. The fact of the matter is, it is more dangerous to travel at night for certain genders and I think that that needs to factor in here. Because you are under obligation to make sure that the people who spend time around you feel safe and aren’t put in unsafe situations because of you. Maybe that means you drive them home. Maybe that means paying for a ride home. Or maybe—and sometimes this is just the easiest thing—maybe it means an awkward breakfast.

Who should pay on my dates?

First and foremost, you should always bring enough money to pay for yourself on a date. You just never know what’s going to happen. You could be out with the dreamiest human-being you’ve ever seen, having a joyous time when three drinks in, they reveal to you that they’re an anti-vaxxer or really into cross-fit. The point is, you always want to have an exit strategy.

That said, I think in general the person who proposed the date should pay.   I don’t mean that in a 1950’s courtship kind of way.  It’s just that, when you bring someone somewhere, you know how much the items they sell at that place cost and the other person doesn’t necessarily. I can’t tell you how angry I’d be if someone asked to get to know me and then at the end of the night, I found out that their getting to know me was going to cost me sixty five dollars. Because I’m fine drinking warm whiskey out of a paper bag in the park, if you want an upgrade from that, you finance it. All of that said, it’s super unattractive to assume your date is going to pay for you. Literally no one in the world thinks that’s cute. So, if you’ve been asked on a date, awkwardly fumble with your wallet or purse, give a timid are you sure, and then—seriously, I can’t believe I even have to say this—say, “Thank you!”

We’ve got these friends—they’re a couple—and they fight every time we go on double dates with them. It’s really uncomfortable for us. We don’t want to lose them as friends. What can we do?

Ah, yes, the problem couple. The couple that completely forgets what the word “private” means by the end of the night. The couple eagerly casting friends in their Shakespearian drama, turning the night into some sort of Avant Gard “theatre in the round” experience instead of the bowling night we all signed up for.

Maybe you’ve tried to diffuse their fights by changing the subject—that probably didn’t work, though. People fighting don’t really tend to care much about their surroundings. You can get serious and tell them that they’re making everyone uncomfortable and that they need to cut it out or take it outside—and that’ll probably work in the same way that shooting a horse with a broken leg works.

It’s a tough question. Really all you can do is speak to one of them when there isn’t a fight going on and politely let them know that the way they behave around you is unacceptable and let them know that it’s putting your relationship in jeopardy. But if the people in that argumentative relationship could control their fighting, they’d probably have chosen not to fight in front of you in the first place.

If you’re worried something more serious is going on between the two of them, make your support known—but really, there a ton of couples out there who don’t like to fight in public. Like me and my girlfriend. Seriously, who wants to take a cooking class with us?

Have a question for Alex, our dating expert? Visit his blog Ask Jeff’s Dad or leave a comment down below! 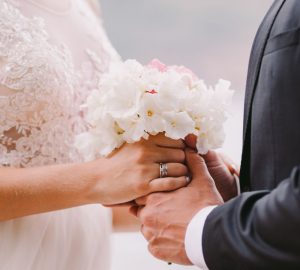 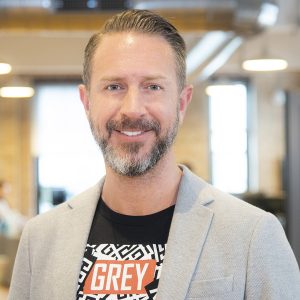 The Founder Shaping The Future Of The Trucking Industry