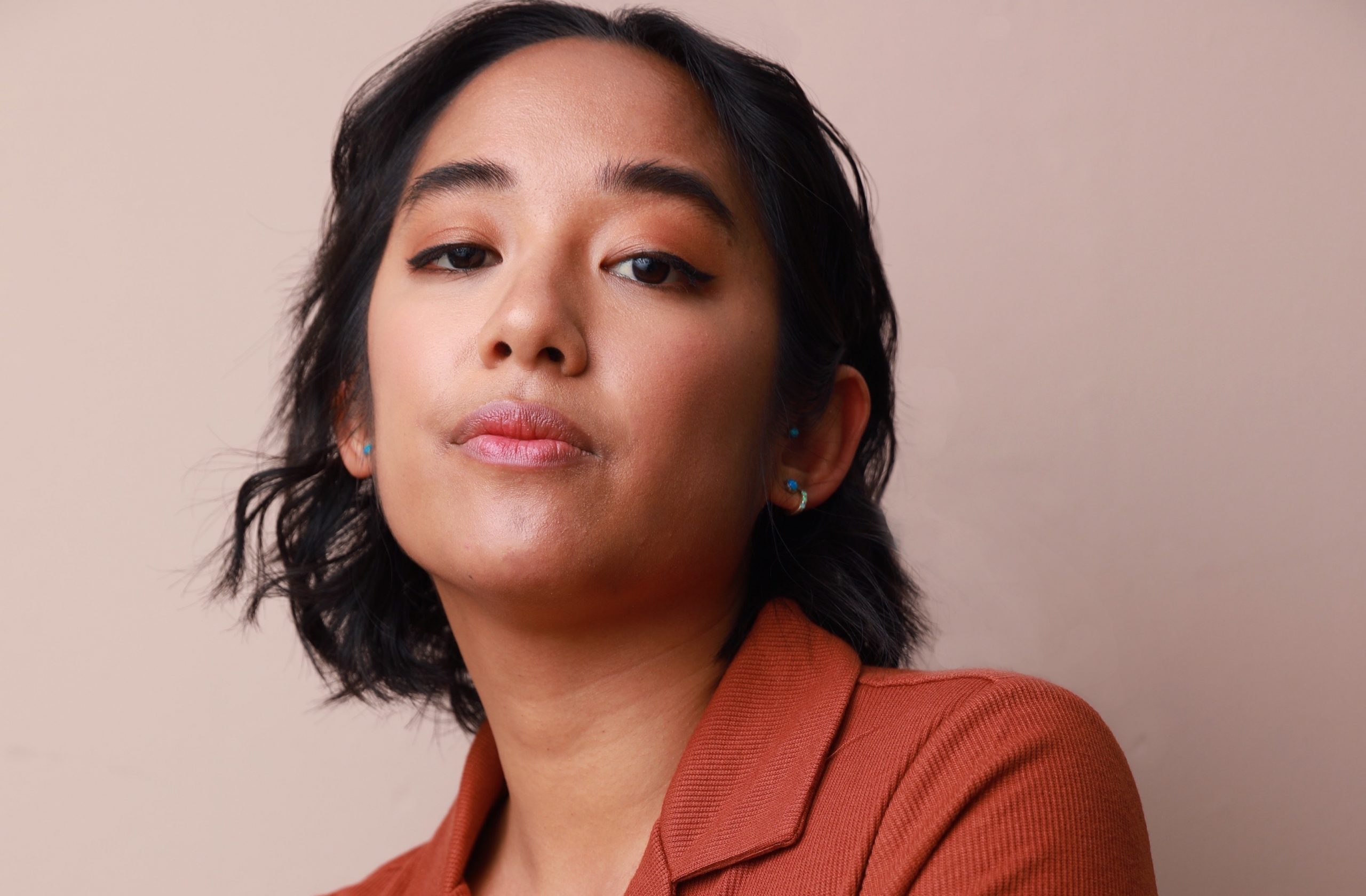 Jenn Santos (she/they) is a Filipinx actor living in Los Angeles. I sat down to talk with them about the inherent difficulties of branding yourself in an industry that is still struggling to embrace AAPI storylines and, specifically Filipino stories. While Hollywood has been making a lot of headway with films like Everything Everywhere All at Once and Minari, there is a need for liminal spaces to be created by artists like Jenn. Their story is mighty and her outlook on film and representation is the connective tissue we all desire to see in films. This is my conversation with Jenn Santos:

PJ: First, we need to talk about your favorite AAPI film of this year.

JS: Everything Everywhere All at Once is hands down my favorite film of the year. One of the directors, Daniel Kwan is Chinese, and they tell the story of a Chinese immigrant family. It’s dope because although I am Filipino and not Chinese, I can still see my Asian family in this story. This film was able to convey and communicate the ways I feel about my upbringing and my relationship with my mom. I saw the ways in which it displayed my mom’s story. You know, she emigrated from the Philippines at a young age and came to the US to start a new life. In the beginning, she was a single Asian mother who sacrificed so much to provide for me and my brother. In a way, it kind of broke my heart to see how long it has taken us to start telling these kinds of stories.

PJ: With these new stories, it seems as if we are moving in the right direction in Hollywood regarding AAPI inclusion but there seems that there is a lot of work that needs to be done, specifically with Filipinx representation. Do you think this change needs to start with those who are making decisions behind the camera?

JS: Yes, definitely. I’ll go on set and there is a dope cast and they’re all BIPOC (Black, Indigenous, and People of Color) but when you look around at production, nobody is brown or BIPOC. There needs to be a fundamental change with this. And I think the main way to address it is to make sure these stories are being told from BIPOC’s own experiences.

PJ: I can imagine it would be hard to see non-AAPI or BIPOC people making decisions about the experiences of the character you’re portraying. Because there has been a shift in culture where once, AAPI storylines were deemed non-profitable, what have been the demystifying aspects that have lent themselves to this change in the industry?

JS: You’re right, we are now seeing how profitable these stories have become, and, if given the chance, they always could have been. And I think the next step is that we need to keep creating stories about the layered lives of AAPI people, and supporting those kinds of projects so more and more can be funded in the future. What’s great is that when we embrace our identities, it becomes a story that’s for everyone to relate to, not just AAPI people. Actually, I would like to see more stories written about a mix of different cultures because isn’t that all of us? Don’t most of us have layered experiences taken from the people in our lives from all different backgrounds? Minari is a perfect example of this layered, multicultural film. It’s an American movie, about a family that comes to the US to pursue the American dream. And yet, this movie was categorized in the foreign-language film section of the Oscars. Because the actors are speaking Korean in it, it becomes miscategorized as foreign even though the themes resonate with the American life, a theme that resonates with a lot of us in this country.

PJ: I can see how erasure, like the miscategorizing of Minari, is rampant in films that depict or have Asian-American storylines in them. This makes me think of the film Apocalypse Now! Where in the 1970s, they used the jungles of the Philippines and Filipino people as backdrops just to pass the land and its people off as taking place in Vietnam. Erasing the Filipino people has a long history. How does erasure maintain itself in Hollywood today?

JS: For sure, I would get auditions for different Asian ethnicities. I had to tell my agent that I didn’t feel comfortable going in for these auditions unless it was authentic to my background. I think a lot of times it’s such a business mindset in the industry that white casting directors don’t even realize that they are auditioning all different types of Asian ethnicities for a specific, ethnic role. This conversation needs to be more public in my opinion.

PJ: I mean, if we want these stories to feel authentic, the characters need to be played by people who feel authentic in those shoes. If you feel comfortable, have you faced discrimination in the industry? How would you like to see more Filipino inclusion in media?

JS: You know, there isn’t a specific moment I can pinpoint because discrimination is discreet. I would say the moments where I felt marginalized were the times mentioned before when I was asked to audition for different ethnic roles. That was when they generalized the term “Asian” in the character’s description. I’d go in and see the whole audition room filled with Asian actors with a lighter skin tone than me and I wouldn’t hear from them after. And when I looked back, I was like “Oh, they wanted someone who’s East Asian.” Which is fine, you know. Just say that. Asians aren’t a monolith. I think this has gotten better more recently, but I remember how that felt when it kept happening. I obviously didn’t pursue roles like that moving forward. As far as Filipino inclusion in the industry, it’s so rare to see someone create and look for roles made for Filipino people, and more specifically Queer Filipinx actors like me. I would like to see more roles that suit the essence of who I am as a person and an actor. Because my experience in life is just as real as anyone else, and we all want to feel seen, you know? The one role I did find for a Filipinx person, I felt kind of stereotyped and one-dimensional. I see stories on HBO where the characters are so complex, and I can’t help but think there will never be roles like that for Filipinx actors. I hope to see more roles open for all Filipino people that get to the meat and display the layered individuals that we are.

PJ: With all these moments, did it ever lead you to start your own projects with you at the creative helm of writing these stories? In a way, you have to become your own brand representing your own narrative if so.

JS: I did! Honestly, I used my frustration to fuel myself into creating my own projects. Making my film Elle felt extremely therapeutic. It’s a film about a Filipino-American actress who is torn between embracing opportunities and staying true to her values. It was wonderful because after making Elle, I began connecting with other Filipino filmmakers and creatives in this industry. Having people in my community be stoked about my vision for Elle made me feel encouraged and reassured with the work I am doing. Acting is my first love, so I always lead with characters and want to continue making stories that share my experience and represent people like me. It’s all freeing and so scary at the same time. I realized though that I have to be the force behind this change. Speaking of scary, I am working on another project and it’s going to be a horror film. I’m about to start crowdfunding for it. I love the ability to make statements about society with horrific situations. Being a Queer, non-binary, Asian/POC, I feel like I’ve tried to share my experience through this film. I’m adamant about representation, and I want to see more QTBIPOC (Queer and Transgender People of Color) stories out there. I think we’re in desperate need of these different perspectives. I hope I can connect with more people through this film!

PJ: That’s amazing Jenn! Because you’re advocating and crafting ideas for yourself, you become someone who has to map out your own personal brand. If you had to boil it down, what is your personal brand?

JS: My brand is authenticity and representation. This was born out of my upbringing. I grew up in a white suburban, Orange County town in Southern California. Through being othered so much, I have to admit that I grew a sense of hatred for myself. But making these projects, and crafting these layered and complex stories, it’s helped me to learn to love myself more and celebrate my uniqueness. I’ve come to consciously realize that I am not the problem, the people making decisions for the AAPI community and how we are represented in the media have been to blame. By giving myself grace and forgiveness, I can grow to be more vulnerable, and I hope it shows in my art. This vulnerability might make people who are like me feel less alone.

Digital Driver’s Licenses and IDs in America – What are the Implications of this Potential Change? 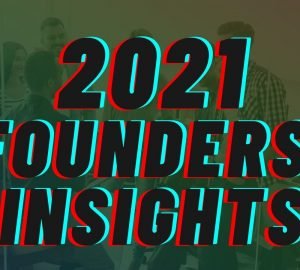 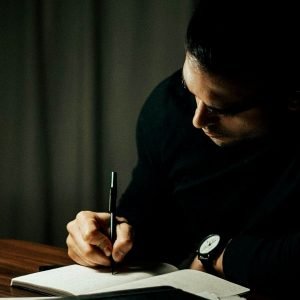 Listen to this article now As I step away as Editor in Chief of GREY Journal, I wanted to take...