After it was announced on Friday, December 17 that Disney failed to reach an agreement with YouTube TV, the House of Mouse pulled all its channels from the streaming platform. The 25 channels YouTube TV lost include ABC, Freeform, ESPN, National Geographic, and more. As a result, YouTube temporarily dropped its monthly subscription cost from $69.99 to $49.99.

The negotiations were ongoing for months and many customers voiced their frustrations online. However, the two media companies later reached an agreement Sunday and YouTube TV began reactivating all Disney channels throughout the day.

“We appreciate Google’s (GOOGL) collaboration to reach fair terms that are consistent with the market, and we’re thrilled that our robust lineup of live sports and news plus kids, family and general entertainment programming is in the process of being restored to YouTube TV subscribers across the country,” said Disney.

Because YouTube TV and Disney reached an agreement, YouTube’s subscription cost will be bumped back up to $69.99. Any customers who lost access to Disney content will receive a $15 discount.

This is not the first time YouTube TV has had a dispute with other media companies. In October, similar negotiations almost led to YouTube TV losing 15 NBCUniversal channels. While they were later able to reach agreements, YouTube feels these disputes may not be their fault. As evidenced by their blog post, YouTube feels it is not taken as seriously as other TV providers.

“Disney is an important partner for us and we’re in active conversations with them and working hard to keep their content on YouTube TV. Our ask to Disney, as with all our partners, is to treat YouTube TV like any other TV provider – by offering us the same rates that services of a similar size pay, across Disney’s channels for as long as we carry them.”

Do you think YouTube TV will continue to have similar disputes in the future? Let us know down in the comments.

7 Great Courses That Can Change Your Career For The Better

Best Hairstyles And Haircuts For Your Face Shape In 2022 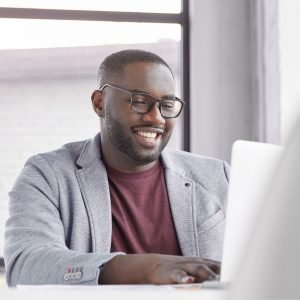 How To Choose An SEO Agency Without Searching Endlessly

Listen to this article now It is a well known fact that SEO is very powerful when it comes to...