Over the past few months, Twitter has become a platform that stands against online hatred and violence. For the most part, the people at Twitter have done what they can to fact check and make sure all the right information is getting out, especially when it comes to political accounts. Something big that they have accomplished over the past month is the suspension of Donald Trump’s Twitter account.

After spending the past month trying to figure out if he could get it back, Twitter released an official statement saying that Donald Trump will never see his Twitter account again. He is permanently banned. Now, many will see this as an amazing thing—and it is! But there’s also a side of this whole fiasco that we can learn from.

You see, Trump—even though we hated it—had a strong following. I mean, he was the President of the United States. He is a well-known guy. But that strong following started with violence and hatred and it grew into something more than any of us could have imagined. We gave him a voice as a leader, we gave him a platform where he could manipulate the system and twist words and spread distasteful information that he thought was true. And he took advantage of that to the point of his own downfall.

If you have a following, that means that you have a voice. Whether you got that following from a specific social media community or your fame is spread across multiple platforms, use that voice of yours for good. Don’t get carried away in the negativity that social platforms can have. There are rotten people in this world that do horrible things both online and in-person. But stand against that. Be better than that.

You are a leader with the possibility of encouraging positive change in your community! I mean, that’s why you got into the business and grew a platform right? You want to see a better future for yourself and for your community. So, start with yourself. Start with your platform. Use your voice.

I’m not writing this to preach that everyone should stick to a common set of beliefs that match my own. Everyone has their own opinions and it’s healthy and encouraged to exercise them as you see fit. Go on social media like Twitter and spread your beliefs and your opinions! You have a following, use it for what you believe in. But don’t do it like Trump did…don’t do it in hate. Because what follows hate is a long, long line of despair—and a potential ban from the app.

What are your thoughts on Trump’s Twitter ban? Let us know down in the comments.

Why We Run When Times Are Bad 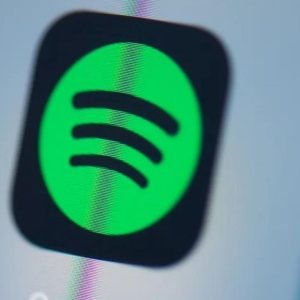 No more shuffles: Spotify Fixes a Problem - For a Fee.

Listen to this article now For a long time, the Spotify application had a distinct way of getting music to...