This year started off crazy despite our hopes for something new and fresh. From the riots to the consistent violence both in-person and online, we have seen everything that we want to of 2021. Something that I think we were all expecting with the recent election results is that there would be protests and hurt for some. Some would take it online, expressing their anger via Twitter or Facebook. And other would take it to the streets, like what happened at the Capitol.

Since the pro-Trump mob stormed the Capitol, social media companies have done what they can to prevent hate and fear growing on their sites. The day after the Capitol riot, Twitter and Facebook banned Trump from using their social media platforms. They did so knowing that keeping him and his aggression about spreading lies and hate would ignite anger in some Americans.

After Trump was banned from those social media apps, an unknown app came to surface very quickly. An app named Parler became the stomping ground for pro-Trumpers. Rumors that plans for more damage and more violence were being made came to light within 24 hours. Because of this, it motivation Apple, Google Play, and Amazon to pull the plug on Parler.

Although it lived a short life, Parler became one of the most popular conservative social chat apps in just a few days. But Parler is no longer. Companies like Twitter, Apple, Google, and Amazon are doing their part in keeping this transition of power a peaceful one.

What are your thoughts on Parler and its short fame? Let us know down in the comments. 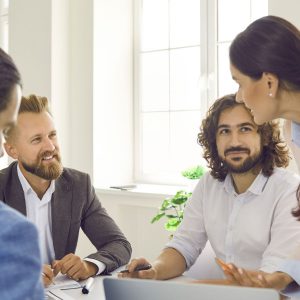 How To Get The Best Work Performance From Your Employees

Listen to this article now If you can succeed with improving the average employee performance, imagine what you could accomplish....