Some might think of vision boards as a bit woo woo. Collecting and frequently viewing pictures of what you would like to achieve in the future has been popular since the early 2000s at the very least. The practice has been popular since the early 2000s.
In addition to the self-help book The Secret, which advocated envisioning and manifesting goals in life, there was also a lot of interest in creating vision boards. That’s why when Pinterest became popular in 2010, it didn’t surprise anyone.
Pinterest is a virtual bulletin board that lets you search and post pictures into categories. Everyone from wedding planners to recipe developers, to interior designers uses it.

Despite the fact that Instagram, Twitter, and comparable apps have faced difficulties, Pinterest has managed to avoid controversy while growing in size, remaining largely uncontroversial. In 2021, the platform generated $2.5 billion in revenue.
This was a 56% increase from the previous year’s revenue. You may say that Pinterest is not broken, so it should not be repaired. However, at twelve years old, it appears to be undergoing a growth spurt.
Last week, Pinterest launched Shuffles, a new app that makes it more collaborative and creative than its predecessor. The original Pinterest platform and app, where users can create boards, share links to them, and browse other boards, is not going away.
According to The Verge, Shuffles is a complement to the original platform and app that gives users more control over their ideas.

Users can create collages with Pinterest pictures or pictures they take themselves on Shuffles. With the app’s built-in photo editing features, users can remove portions of photographs and add animation.
The app is like TikTok, but a little spicier and a little more artistic. You can use it to make room renovations, plan weddings, and more without spending as much time working. Shuffles is currently available only on iOS as an invite-only app.
Because Shuffle is competing with another platform that does the same thing, users can collaborate with other users and get creative. Shuffle is a direct competitor to Adobe’s Canvas, a tool that lets users build mood boards and lets collaborators edit others’ work.

Canvas has geared more toward graphic designers than pinterest is. And it comes as part of a suite of tools under Adobe’s Creative Cloud, which could appeal to folks who already use that broader platform.

Vision boards may have once been seen as a hot key way to manifest one’s future, but now they’re all the rage and tech companies are taking notes.

And with Shuffles and Canvas, Pinterest and Adobe are both shaping their visions for the future.

What do you think of those visual boards platforms? Let us know down in the comments.

How Can Technology Improve Your Business?

How to Treat Dental Fluorosis as an Adult 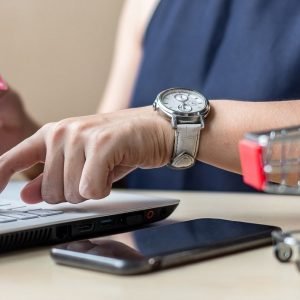 Listen to this article now You may ask yourself, so, just what is Shopify and how do I use it?...