One, a Walmart-backed fintech firm, will provide checking accounts to thousands of Walmart workers and a tiny fraction of its online customers for beta testing in the coming weeks, according to two individuals familiar with the situation.

According to the sources, the fintech intends to make the accounts available to Walmart’s 1.6 million employees within a year before expanding its services more generally. It also intends to broaden its products to include loans and investments.

The proposals were first revealed by Bloomberg News. Walmart would not comment.

Coastal Community Bank, which has its banking charter, underpins One’s banking services. One is a Walmart subsidiary that works independently of the retail behemoth.

The fintech business was founded in January of last year following an investment from Ribbit Capital. According to its website, Now One employs over 200 people and has more than $250 million on its bank sheet to support future expansion, which includes developing an app that will be integrated into Walmart’s in-store and digital platforms.

What do you think of that Walmart new strategy? Let us know down in the comments.

Balancing Business and ED: A Sign of a More Serious Condition? 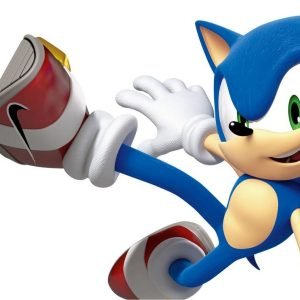 Your Favorite Video Game Characters Could Be Wearing Nikes Soon

Listen to this article now Have you ever wished you could save the world as Sonic while running around in...