The authorization and roll out of several COVID-19 vaccines has some travel enthusiasts hopeful for the up and coming year. Not just to get out of their homes, but to travel somewhere more foreign or exotic than the grocery store.

New federal guidelines have introduced a mandate which will require those reentering the country to receive a negative COVID-19 before doing so. This has travelers feeling slightly more at ease. However, this regulation does not solve for the threat of being tested negative during the incubation period.

Despite this, a month into the new year, people are feeling optimistic. They want something to look forward to, especially after the year they just had. With airfare tickets being relatively low and hotel dates being free, people will start to take advantage and book trips for later in the year. It is likely costs will spike higher than ever post pandemic because everyone will be itching to get away for a week…or five.

Travel agencies are also very optimistic. They have to be for the sake of their business. 87% of Americans plan to travel this summer, which is promising. Where they plan to travel is a question for the government and how well and widely they distribute the vaccine. Since March, most of the companies that rely on tourism have been hurting. In fact, the industry as a whole lost over a half trillion dollars. Economists believe that recovering broad based economics will not be possible without the recovery of tourism. Nonetheless, until Americans start feeling safe enough to travel, there will be a big hindrance on the entire U.S. economy.

When do you plan to begin traveling again? Let us know down in the comments.

Why We Run When Times Are Bad 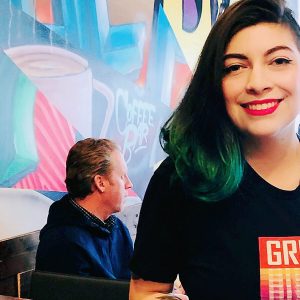 The Latina Entrepreneur Who Wants You To Be A Hero