To kick off the new year, certain people of our country chose to riot one of the most sacred buildings in the country. The United States Capitol Building. That one day, that intense and jaw-dropping riot, set off anger, fear, and overall annoyance of how our country has handled this election and the transition of power thus far. And corporations have had enough with the craziness of politics.

Big corporations like JPMorgan Chase, Citi Bank, Blue Cross Blue Shield Association, and manufacturing company Boston Scientific have decided to halt their donations to certain politicians due to the recent riots. Acting out against those who are in support of the riots and the violence that had occurred at the Capitol, these big companies are taking a stand and doing everything they can to make it known that they are not in support of these actions.

This halt of donations to politicians by such big companies not only shows that violence is not the answer, but that large companies will do something they can to stop it. The riots that occurred at the Capitol was a disgrace on our country. Those people imbedded fear and anger in the minds and hearts of millions of Americans, and it is not something that will be easily forgotten. And while it something that was horrible and wrong, there is still room for us to grow.

Because of the violence and the fear that it will only get worse once Biden is Inaugurated, security at the Capitol is going to increase by a thousand. Inauguration Day is going to be a violence free day and the government is doing everything in its power to make sure that happens. The government is going to throw all the security that they have on that day and hopefully on most important days moving forward.

Yes, the acts of those who rioted and damaged the Capitol was horrific and disgraceful. But we as a country can move forward. We can move past this and build on the shaky ground we’re currently working with. These next four years are meant to move us, to help us grow, and to motivate us to do better as human beings. So, let’s all move forward with grace and with positivity that there is a light at the end of this dark, dark tunnel.

What do you think of the companies halting donations to certain politicians? Let us know down in the comments. 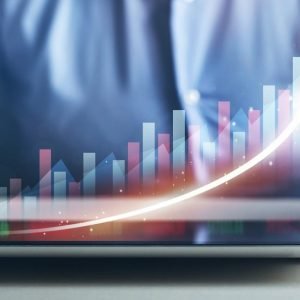 Why Data Leadership Is Crucial For Businesses To Combat Future Pandemics