Astronaut in outer space against the backdrop of the planet earth. Elements of this image furnished by NASA.

The International Space Station is speculated to be the most expensive object ever built. Hundreds of billions of dollar were poured into building the space craft into what it is today. Upkeep costs are also in the billions. On top of that, each shuttle trip to the station costs hundreds of millions of dollars. These shuttle trips are to transfer and transport astronauts and deliver them food and supplies. With generally a dozen astronauts in the space station at any given time, there is a mini economy happening even up in space.

When most people think of astronauts, they might automatically think of a more Hollywood and glamorous version of the job. In reality, the job is pretty routine and consistent. Astronauts report that their day on the ISS is similar to that of an average worker’s day. Their day revolves mostly around eating, working, exercise and sleep. There aren’t too many hobbies or activities to do in between. Which is why trading food supplies becomes the biggest part of the economy up on the station.

After years of sharing space, American astronauts have come to love Russian soups. Likewise, Russians love American desserts. Different countries would barter like this to keep a variety in their diet. Although they found ways to spice things up, the food they were eating was quite bland. The most exciting days came every three months when new shipments came in. On these shipments, Earth bound humans would include produce. However, it was very sparse. Each astronaut only received one or two fresh objects. They all came to realize what produce each country preferred. For example, Russians loved onions and American astronauts could trade them for virtually anything if they had an onion in exchange.

Skills became a part of their commerce, as well. No matter their background, they had to participate in many experiments that tended to be long and strenuous. Sometimes, the experiments were quite boring and repetitive, as they conducted over a hundred any given day. You could get out of doing experiments that you didn’t want to do by bartering with your specific skills. If there was something broken on the plane and you knew how to fix it, there was a big chance someone would volunteer to do your experiments for the day.

Being homesick also comes with the territory. So much so that the most valuable currency is human interaction. Astronauts would crave evidence of life outside of the few people they saw daily. Looking down at Earth, knowing all of your family is there while you’re so far away became harder the longer astronauts were away on mission. Any time astronauts would have virtual calls with their loved ones, often times other astronauts would join in. Even if they didn’t know the person at all.

Even if this was the most valuable type of currency, astronauts stuck together on this front. All of them understanding each other’s loneliness. None of them recall a time where anybody would want anything in return for allowing their colleagues to join in on a call with their family and receive human contact, even for a moment.

Have any thoughts on the economics of space? Let us know down in the comments. 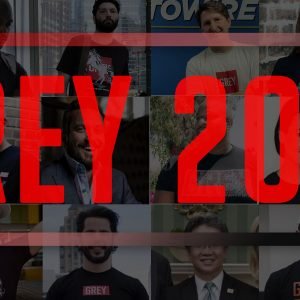 Listen to this article now 2019 was a huge year for our GREY Cohort. These Rising Stars and Mavericks have...