As the ice melts in Texas, a new storm is brewing in the southern state—a flurry of inquiries and investigations are being launched to uncover why so many energy sources failed, leaving millions of people powerless, homeless, and in some cases – lifeless.

Texas Governor Gregg Abott has already ordered the Legislature to investigate ERCOT saying that “ERCOT downplayed the severity while telling the public that they were fully prepared for it.” Congressman Ro Khanna, Chairman of the Oversight Environmental Committee launched his own investigation into why so many fossil fuel sources failed amidst environmental pressures.

A Propublica report, in association with the Texas Tribune explains that the state-wide power outages were a symptom of problems that Texans have dealt with in the past. Texas’ largest electricity producer Luminant suffered from major equipment malfunction during a severe storm in 2011. This resulted in a $750,000 fine from state energy regulators for failing to deliver promised power to the grid and forcing Texans to suffer rolling blackouts, similar to what they experienced in recent weeks.

An investigation by the Texas Public Utility Commision (PUC) concluded that power-generating companies like Luminant had failed to understand the “critical failure points” that could cause equipment to stop working in cold weather. On top of paying the fine, these power companies were required to address all potential failure points, including any effects of “weather design limits.”

This decision has led to a series of cascading failures to shield the state’s electrical grid from winter storms. If regulators had forced energy companies to comply with addressing their weather design limits in 2011, perhaps Texans would not have had to suffer the cold in the dark 10 years later.

What are your thoughts on the Texas power outages? Let us know down in the comments.

How To Pivot Your Business Like A Pro, Even In A Pandemic 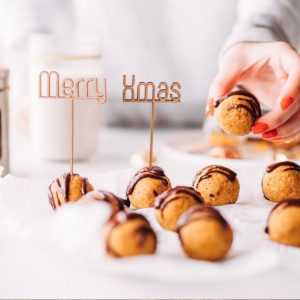 5 Easy Christmas Treats That Will Brighten Your Season

Listen to this article now With the Christmas season literally right around the corner, why not try your hand at...