In order to combat a persistent decline in its stock price, Elon Musk’s Tesla is planning to implement layoffs and halt new hiring, according to a report released on Wednesday.

According to Electrek, which cited a source familiar with the situation, Tesla informed employees about the hiring freeze and warned that “another wave of layoffs is coming next quarter.”

It’s unclear at this time how many Tesla employees will receive pink slips and which departments will be affected.

Tesla’s stock has fallen more than 65% so far this year as a result of the company’s struggles with its supply chain, declining Chinese demand, and intense media attention surrounding Musk’s contentious takeover of Twitter. Losses at the company have increased faster than those of the larger tech industry.

After falling 8.5% on Tuesday, the stock increased by about 1% to about $139 on Wednesday.

As Musk has devoted more of his time to running Twitter in recent months, Tesla investors have become increasingly agitated. Tesla’s stock price is allegedly being affected by Musk’s chaotic $44 billion acquisition in late October, according to critics.

Ross Gerber, a longtime supporter of Tesla and investor, suggested that the company’s stock price “reflects the value of having no CEO” and that it was “time for a shakeup” on Tuesday. Musk publicly criticized Gerber for his remarks.
Ross, please share your brilliant ideas with us,” Musk tweeted.

Musk claimed in a different tweet that investors are hoarding cash rather than stocks and that this is the cause of Tesla’s downturn.

People will increasingly move their money out of stocks into cash, Musk predicted, which will lead to a decline in stock prices. This will happen as the guaranteed interest rates on bank savings accounts start to approach the uncertain returns on the stock market.

Also confirmed by Musk is his intention to leave his position as CEO of Twitter “as soon as I find someone stupid enough to take the job”!

Due to his “super bad feeling” about the state of the economy, Musk indicated in June that he intended to reduce Tesla’s workforce by 10%. The billionaire later clarified that although the company still intended to increase the number of hourly workers, the cuts would have an impact on Tesla’s salaried workforce.

As of the year’s end, the company employed close to 100,000 people worldwide.
Musk has also taken other measures to tighten the reins on Tesla’s workforce, including warning employees over the summer to work in the office full-time or find alternative employment. According to CNBC, Musk was given weekly updates on staff attendance in the office in September.
What do you think of that situation with Tesla stocks fall? Please let us know in the comments.

Festive Style Guide: How To Celebrate The Holidays With Your Style

At a former NJ Army base, Netflix plans to build a massive $900 million production hub. 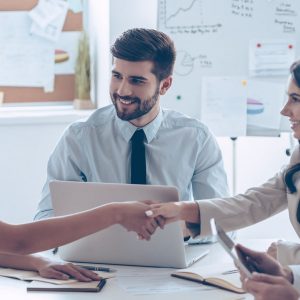 Listen to this article now Yes, we are aware! Growing your startup can be incredibly exhausting and extremely daunting. From...